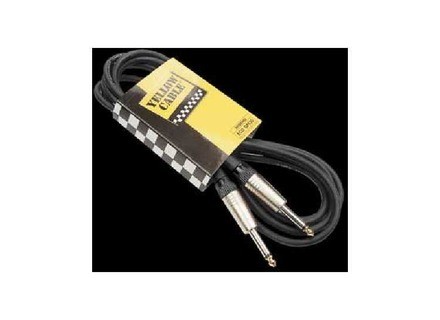 Yellow Cable GP63D
2
"Pro" version of the series ECO G63D.
This cord contains records of better quality (especially the tips) and seems to have a slightly thicker shielding.
I had bought to replace a G63D which I was satisfied except that the tip sheets are dévissaient every time ...

I thought I had a good sound with these strings until I got the idea to try the Planet Waves bassist of my band. I realized then that my sound was not so "neutral" than that with the yellow cable and I lost sound also made ... A peak for cords called "armored".
So I bought the Planet Waves and no kidding, I actually rediscovered the sound of my guitar.
So frankly, even if you begin you may appreciate having the least possible losses and parasites on your sound. So go see other brands left to save a few euros more. You will not regret it.

With the experience I do not do it again this election recess, although I admit that this version is still less than the cheap ECO G63D.
Did you find this review helpful?yesno
»