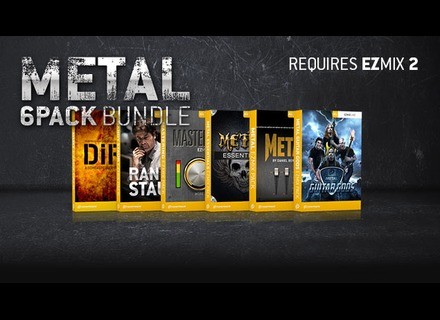 EZmix Metal 6 Pack, Other effects bundle or multi-effect from Toontrack in the EZ Mix series.

A purchase will also give you a chance to win an electric guitar: If you buy and register Toontrack Music’s latest EZmix Expansion, Metal Guitar Gods and/or EZmix 2 before the end of November 2012 you will automatically be entered into the drawing to win an 8 string Ibanez Guitar.