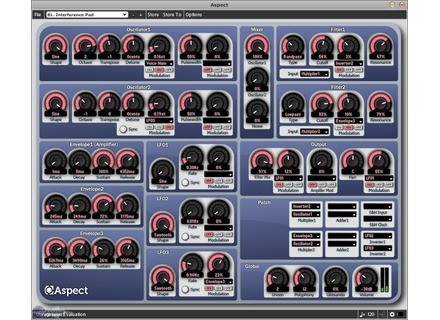 Aspect, Other Virtual Synth from Loomer.

Loomer has updated Aspect, Manifold and Resound to v1.3.2.

This sees the release of the RTAS plug-in versions for users of Pro Tools LE, Pro Tools M-Powered and Pro Tools|HD on Mac OS X and Windows.

This update also adds a number of fixes and additions, according to Loomer, including: