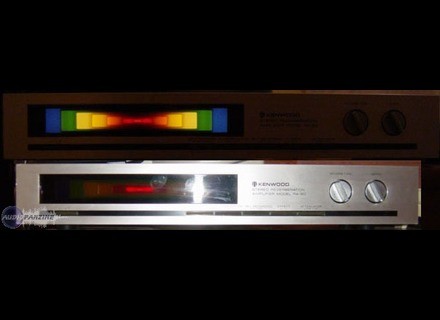 Plav's review (This content has been automatically translated from French)

Kenwood RA-80
5
Equipment purchased in the years 85-86 ... unknown in France, by contrast, very, very, very known in the U.S.!
it's solid (large transformer, large welds, large components ° -), never any maintenance for over 20 years on mine
sound sound Ahhhhh ..... Whouaaaaa sound!

it is not easy to define ... both in the kind old (very old) spring reverb that can provide a sound from beyond the grave, or rather one's cellar in which they would have metal plates thoughtful but also very absorbent ??!!?... (That's for the simulation of reverb), you will understand, so it's time adjustable, not very long with adjustable feedback also, all very beautiful, old-fashioned as desired to recreate the old atmosphere of the first reverbs on the market ...

but there is also the function Chorus and it kills!
the chorus is heavy, powerful is not a "plug-in chorus," clean that will take a sound source and copy it silly with a slight delay ... NO!: this unit adds a color well which allows him to double, triple, quadruple .... the sound depending on the intensity of the effect applied to it (very very bad on voice and formidable, even "cruel" with the bass!) very wanted in the United States as particularly useful for the production rap, hip hop, R & B, breakbeat etc ...

in terms of connectivity it's hi-fi, so the RCA (stereo inputs and stereo outputs plus a connector in / out stereo to go to an external device and record the effect independently or to a routing in another effect in parallel.

over the control screen is beautiful (like spatial-temporal effect in Star Trek) ... we see it very well render the picture because the camera was photographed during the day and Night !!... the only "downside" is that it is a hi-fi so it is a little higher than unity and must be asked and not "rack".
mine is a European version and I jealously guard because I believe I have ever seen for sale on the French music sites .... however can be found (rarely) models for sale in the U.S. . (As in $ 350-400, without the voltage transformer suitable for Europe) value nine at the time: in 5000 the Franks.
has noted a slight hiss when it "pushes" the settings ... but even breath on that bike is beautiful!
I would do this purchase again and gladly I would buy a second if I find one!
there is a little brother of this device (the ra-52) ... it's exactly the same device but the monitor is just as beautiful and the unit heats up because it is one unit high.
I note 10/10 because I've never found this sound so special effects with no sign of "pro" either from Lexicon, Heventide, Tc electronics or any plug-in.