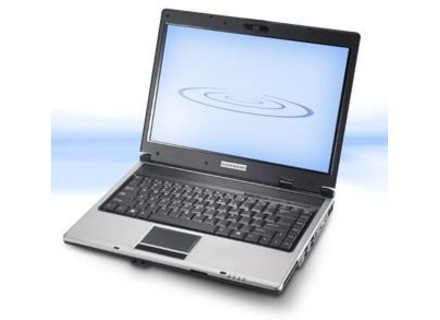 bobfenston's review (This content has been automatically translated from French)

Rain Recording LiveBook Sketch
2
Reading the technical desciptif I do not know where is the spcial appearance computer music: SPDIF output?
It's not enough to be ddi music.

Rest can be manufacturing quality but I'm a little skeptical .....
Did you find this review helpful?yesno
»

psychovibes's review (This content has been automatically translated from French)

Rain Recording LiveBook Sketch
1
Vla big deal! No interest this notebook.
It is not powerful (1.6Ghz), hard disk and ridiculous, no double hearts while most standard software used, 1GB of RAM, low-end video card, 1280X800 screen, PCMCIA dpasset plus it is too expensive ...
Did you find this review helpful?yesno
»

ZiKa's review (This content has been automatically translated from French)

Rain Recording LiveBook Sketch
1
This is the limit of the scam. deprecated the end of series hardware or destiny then be sold by discount stores 3x cheaper. it has no quality for "recorder" no soft nothing
it's a big carrot.
I visit their site flee this "brand"
Did you find this review helpful?yesno
»

Gabiche's review (This content has been automatically translated from French)

Rain Recording LiveBook Sketch
5
What is the opinion of people who can s''y know?
The processor is a low-power processor Intel last generation. It's those utiliss pcs in expensive laptops that are small and have t done for their autonomy. This is a good processor.
The hard drive is far from ridiculous, 60 or 80 GB is all the same good, plus they put in S-ATA. At worst, what good bet on the internal hard drive if everyone uses an external hard drive?
The rams are 1 GB of DDR2 667 laptop (most efficient and marketed even if it is only a GO, I do not know if there is a second location for the memorial but a strip 1 Go is already expensive and two is even more so.
The graphics card is nothing but an Intel Graphics Media Accelerator 950 found on many portable pcs. And it did for pc t computer music, not for games ...
The 1280x800 screen well enough, even if we do better for the 14 "is already well because the screens 15" pc does not eccede 1024x768 ...

Be aware that pocket pcs, good is expensive, so when we see these prices, it's not huge. I think these pieces were mainly made for securit t and reliability live. And they also have to be optimized silent, for all pcs laptops are not silent. Case follow.
Did you find this review helpful?yesno
»
Read the 6 user reviews on the Rain Recording LiveBook Sketch »