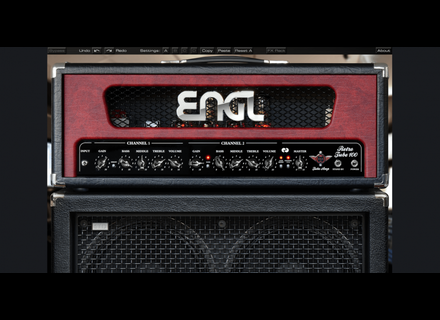 Plugin Alliance introduces a new bundle featuring two Engl guitar amp models as well as a tuner plug-in, all of which were developed by Brainworx.

The first is a 100W all-tube amp with two channels and gain boosts for a total of 4 gain circuits in total, which allows for vintage and modern tones ranging from super clean to aggressive distortions. The gain boost on the second channel adds an addition triode tube to create a very thick sound structure. You’ll also find a three-band EQ on each channel, pre- and post-amp switchable high and low-pass filters and a lo-fi delay effect. The Brainworx team also included 64 impulse responses from 3 Engl speakers, 9 high end vintage and modern microphones through a Neve VXS72 and various studio gear (Millennia, SPL and elysia EQs) and added features that did not exist on the original amps, such as a noise gate, a Tone button on the second channel and a second master volume.

The Engl E646 VS offers 4 channels (Clean, Crunch and 2 Leads), a tube circuit and is designed for modern metal fans. 3-band EQs are available for each channel and the Lead channels also include a Middle-Voiced control. You’ll also find special treble controls on the Clean and Crunch channels, as well as Presence and Depth Punch adjustments in the power amp circuit. The latter also includes two master volumes that can be switched on the fly.

Like the Retro Tube 100, Brainworx added 64 IRs, a noise gate and a Tone button on channel 2.

Both amp models are available in VST 2/3, AU and AAX Native plug-in formats for Mac OS X and Windows. They are available separately for $149 each or bundled, with the Brainworx bx_tuner plug-in as a bonus, for $229. 14-day trial version are available for each plug-in.