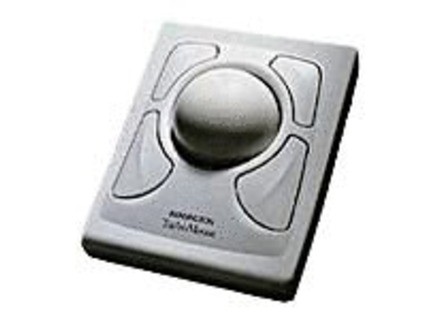 Kensington Turbo Mouse
4
The Kensington Turbo Mouse is one of the first trackball based mouses for Mac of it's kind that I'm aware of. Kensington no longer makes this model of their ever popular trackball mouses, as it's been replaced by the Expert Mouse. However, I believe that this is where the original idea was executed and the newer ones are simply updated versions. It took me a little while to get used to the trackballs in general, but once you get the hang of it I think you'll really enjoy using them. The professional studio that I work at has these trackball mouses in all of our rooms, with the Turbo Mouse only existing in one of our smaller rooms. We have the Expert Mouse and SlimBlade Trackball mouses in our other rooms, with the Expert Mouse being in a few of them. While the Turbo Mouse may not look as sleek as it's followers, it's still just as effective. It definitely looks like it was made in the earlier days of computers, but nonetheless it seems to have all the options and flexibility that you'd get with the Expert Mouse. For those who haven't used any versions of the Kensington track ball mouses, these are awesome for a number of reasons, mostly being that it's super easy to navigate around on your computer using the trackball, as it's quick and simple. The added buttons are also helpful, although I generally don't use more than the main two. I don't see anything wrong with saving a few bucks and going with the Turbo Mouse rather than one of the newer ones. It's more flexible than your average mouse and if you can find one of these used, will almost be as cheap. This is an awesome tool for Pro Tools and beyond!
Did you find this review helpful?yesno
»