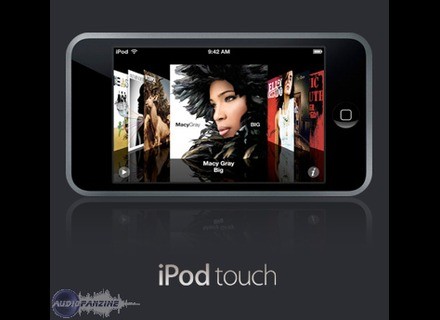 Apple iPod Touch 16 Go
5
The Ipod Touch pretty much changed the mp3 player industry. Before the Ipod Touch was around mp3 players were pretty simple. They just played music and you might be able to access a music store with them to buy songs. When the Ipod touch came out it had way more features than any other mp3 player had at the time. I will compare the Ipod Touch to the mp3 player I had before it, the Microsoft Zune. The Zune at the time was a pretty advanced mp3 player. It could access the internet but only to synch your player or access the proprietary music store. The Ipod Touch has an internet browser and you can go anywhere with its wifi connection but unlike the Zune you cannot sync your device wirelessly without hacking it. Because of the full internet access the device is much more versatile than the Zune. The Zune I had I paid 200 dollars for and it was 32 gigs. The Ipod Touch I had goes for roughly 200 dollars and only had 16gigs with only about 14 of that usable. The Ipod touch has an external speaker which the Zune does not have. The interface of the Ipod is much more customizable than the Zune and this is even more so if you jailbreak your device. The Ipod has built in support for audio books as long as you get them from iTunes. The applications you can get on the Ipod make its usefulness next to unlimited. If you can think of it someone has made an application for it. On current devices you can run two applications at once but before when I had gotten mine you could not do this. You can do it if you jailbreak your device but it is very hard on battery life. One thing I wish the Ipod touch had is a volume jack on the top of the device. On the Zune the volume control is on the top of the device. I carry my mp3 player in the pocket of my pants so with the Ipod having the jack on the bottom of the device I have to keep the device upside down in my pocket. With the Zune I did not have to do this. The Ipod Touch is the best mp3 player you can get today. It is pretty much an Iphone without the phone part.
Did you find this review helpful?yesno
»