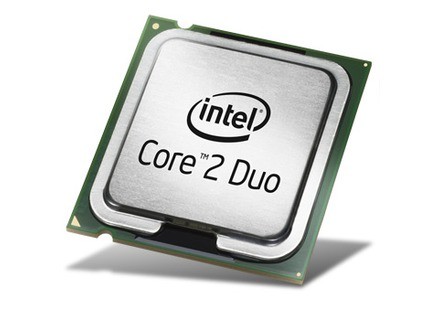 Intel Core 2 Duo E8500
5
This is a fantastic chip! I've had it since I got rid of the little slower E8400. It's a great chip, easy and frequently overclocked, too. Having a motherboard with variable voltage and BIOS access is what you want. Even though this may not be an Extreme C2D, it's one of the best there is. See, Extreme C2Ds have variable timing along with voltage on the motherboard, allowing for higher clocks. While this is a better chip than the E8400, it still experiences the same cooling problems as the original E8400. It uses the out-of-date, dusty fan that is a toll to put on. In my review of the E8400, I described the uses of a Longbow bolt-thru kit to secure either the stock cooler (a suggestion I wouldn't take) or an aftermarket cooler (one that I would take.) To quote the other review as it's just as relevant:

The problem I had with the cooler is that Intel uses a bizarre and proprietary bolt on system that doesn't work, Mainly, you have to punch the cooler into the board and turn some knobs, neither of which work, and will increase the work you have to do tenfold. I spend hours trying to get it to work until I realized that it would be smart to get what's called a bolt-thru kit. Basically, what's shipped with a bolt-thru kit is an adhesive-backed stabilizer on the back of the motherboard, which facilitates the need to remove the motherboard from the computer. This may seem like useless information, but a chip that's not properly cooled is a chip that's going to burn out. The other side of the bolt-thru kit is simply screws that will hold the cooler up and directly against the chip rather than falling off and flopping around due to the silly Intel cooler system. I would recommend getting a bolt-thru kit at the same time as the chip, and because the chip is so good, you should treat it well.

As with before, this chip is limitless, even more so than the E8400 as this one's a bit faster. Gaming is a flash and rendering audio doesn't even take that long. I'd recommend it.