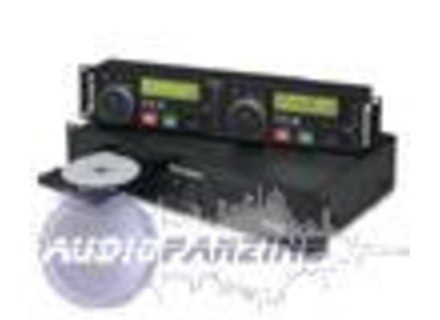 Djpinpon's review (This content has been automatically translated from French)" Good animation."

It was my first platinum dj, before I used paltines salon ...

For my use it was to do everything correct, comfort CUE.

The only flaw, but I think it was a failure on mine, there was a plate that read burned CD, so it should not be planted in the timing of the evening ...
Did you find this review helpful?yesno
»

Joseph sardin's review (This content has been automatically translated from French)

Numark CDN22 MK2
4
I've had two months, it is not bad, I do not use that player in a local rptition, so the DJ functions I do not use much. The opening drives are fast, impossible to open when the disc is in drive and it's good. Basically, it is, perfect performance.
I ENTSO something for me, not being a DJ, there have 2 RCA Stereo, it is necessary, a small mixer, 4 mono inputs. has not ask me I have a problem parsque 32 tracks, and that probably uses the DJ ... c't a comment but hey ...
Did you find this review helpful?yesno
»