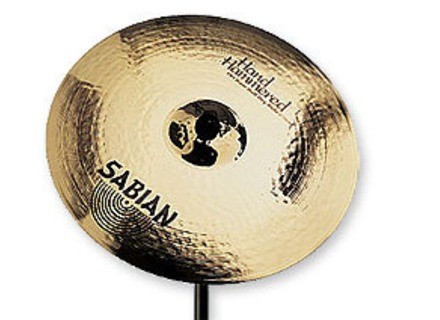 rimfeel's review (This content has been automatically translated from French)

Sabian HH Raw Bell Dry Ride 21"
4
Yeah, well, in fact it is the cymbal signed Phil Collins without the signature.
Trs versatile, it is a joy, even if we must spend a fucking time for an almost total CONTRL.
Did you find this review helpful?yesno
»

ryo hazuki's review (This content has been automatically translated from French)

Sabian HH Raw Bell Dry Ride 21"
5
I have this ride for over two years and I am extremely satisfait.Elle has a beautiful medium-high tonality, harmonics too invasive and despite its small size the bell is strong and the tranchante.Je urges people looking for a versatile ride.
Did you find this review helpful?yesno
»

reggie200's review (This content has been automatically translated from French)

Sabian HH Raw Bell Dry Ride 21"
5
I possde one for about 6 months. I love it, it is versatile and powerful. The bell is trs powerful, heavy with his price is a little percant.Le lv but the high end, it is less than the Signed CHRE Phil Collins (same thing) . So I do not spend more and yes I bought it back tomorrow morning. Council to try several before leaving with one, it is hammered by hand not even the sound of one another.
Did you find this review helpful?yesno
»