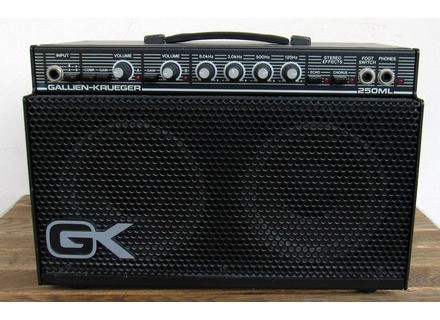 dopo's review (This content has been automatically translated from French)

- Trs configuration complte but very simple, clear and prcise trs.
- This amp is a laboratory of his vritable as we rarely. The equalizer is formidable and the precision of the sound is great for studio or taken in a register scne Jazz, funk, blues or Varita.

- I use this amp for studio and taken to your exact sound is exquisitely. found on its place in a mix and the cost is really enjoyable.
- I use it with a strat frends United States in 1983 or ibanez Pat Metheny.
- This amp has the sound as clear prcis I had the opportunity to use. A sound that bends the use that is in fact who resort extrment well in a mix or a group. Sound distortion is also INTERESTED trs, color and typical 70's rock.

super simple
a clear channel channel saturated
was the result of his
was a bit disappointed because the first time in wanting to see what was in the belly of the hangers hp was confetti party ...... lol ....
I have therefore redone (35 euros in total)

and I just add him on February 1 x12 first harley benton price (80 euro-hand)
and then whaouuuuuuuuuuuuu
potato sound that takes guts out with my epiphone genesis
a half-killing volume I wake up my neighbor who was taking a nap has 4 blocks of!

are the crystal clear are the possible
sounds saturated fat and its not accurate to say that there are no lights!
qq board the amp is even more at ease with that single humbucker
but on the bright side saturates to perfect it
Indeed the level of entry is a bit just to saturate a core strat
or it must boost
if I repeat
He alone is a bit tart but with a 2x12 is hell (or heaven instead!)

I played with vox and mesa

Buy one if opus see in passing
I Deonna the name of the site that sells the hangers because it is the weakness of this amp with age!
but once again I left my kiki!

otherwise it's not a real bug .... a showman