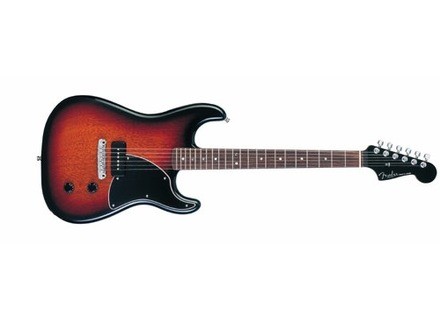 Fender American Special Strat-o-Sonic DV I
3
Fender decided to experiment a bit and got an almost Gibson Junior kind of vibe. It's not what you would normally consider a strat, and it's far from it when it comes to the overall sound and feel. The guitar features a chambered mahogany body, a maple neck with a rosewood fretboard, 22 frets, dot inlays, a hard tail bridge, two P90s, one volume, one tone and a three way switch.

The guitar is unique, but there's no way I'd buy one of these simply because it's so different. If I wanted something similar, I'd probably get a Les Paul Junior, or better yet, I'd get a P90 equipped Les Paul. The price difference between the aforementioned guitars is big, but you're also getting a better sounding guitar, in my opinion.
Did you find this review helpful?yesno
Cookies help us improve performance, enhance user experience and deliver our services. By using our services, you agree to our use of cookies. Find out more.