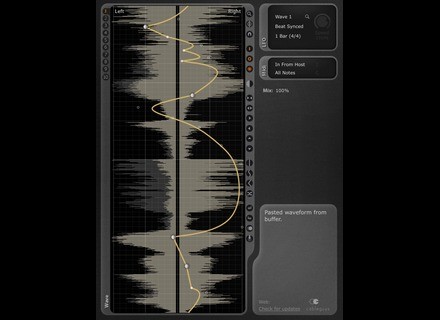 Cableguys has updated MidiShaper to version 1.5 and Pancake 2 to v2.3, and offers special promo prices until after Christmas.

Cableguys have released MidiShaper 1.5 (presented as the biggest update since its initial 1.0 release) and version 2.3 of its freeware PanCake.

According to Cableguys, changes introduced in these new versions are all about UI and workflow:

MidiShaper is available for €20/$30 (including VAT), more details and and a free trial version are available here.

PanCake is freeware, and the free full version can be found at this address.

Also, until December 27th, the Cableguys Bundle is available for 20% off at €119/$159 including VAT (instead of €149/$199). This bundle includes all Cableguys plugins, namely Curve, FilterShaper, VolumeShaper and MidiShaper.