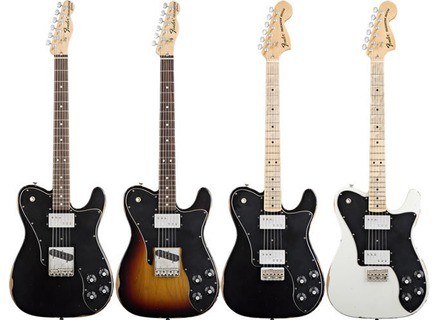 This is one of my favorite Telecaster designs. I am not a huge single coil fan so I like the humbuckers. The flatter neck with the larger frets is very easy to play. I also always liked the large headstock Fenders to the small ones. Fender originally wanted all their guitars to have the large headstocks in the 50s but to save money on wood they reduced the size so they only had to use one piece of wood for the neck. If you want to get a 72 Telecaster Deluxe Reissue and want it to look like it was made in 72 the Road Worn version is a nice option to have.
Did you find this review helpful?yesno
»