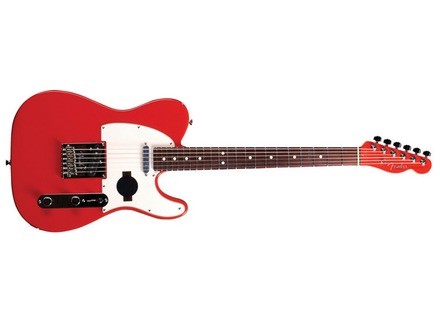 redcarp's review (This content has been automatically translated from French)" very, very good"

Fender Special Edition 2009 American Standard Telecaster
5
telecaster neck. almost everything has already been said. Mine is surf green, daphne alternative to color blue.Année 50 'has died. The pickups are great in snapping accurate and friendly bridge in middle groovy, jazzy and neck. The first solid body guitar series is still excellent.

I play with a mesa boogie dc2 is a 20w all-tube amp to sound crazy. This is a combo guitar / amp ultimate. telecaster + light = good all the must.

I played a lot of electric guitar. I like instrument with character. Compared to the series is less vintage sound typé.Au beginning it made me a little embarrassed. But since the versatility of this instrument has completely conquered me and I abandon the idea of ​​doing an upgrade pickups for Fender Custom Shop Nocaster 51 'or Hepcats.
Did you find this review helpful?yesno
»