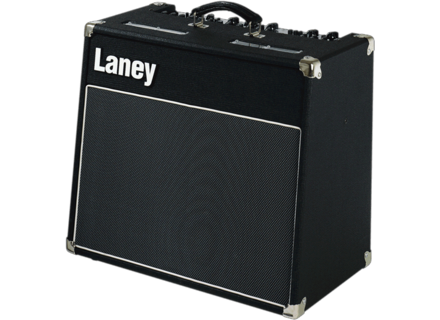 napalmito's review (This content has been automatically translated from French)

Connections: Send and Return for effects,
LINE OUT and record out (with the emulation stage power amp amp mutated available)
output for additional speaker 8ohms with a switch to activate
outputs / inputs MIDI

The configuration is really simple, once you have toured the "options" (the kind of bitonios bright or modern).
Basically, I play a little bit of everything and you can approach a well british Marshouillesque (without the "modern") fairly easily. The sound gives off a warm (I'd typed Marshall) and accuracy (typical Fender) I like.
The three channels are easy to adjust.

The manual is complete, it was in English that I received but I had ordered online, so I do not know if it was located or not. It is enough for my taste and complete description of the bazaar going to examples of sound or use a tube amp, or how to connect everything.
He also helped to diagnose a concern I had with mine at the arrival of a cardboard transoporteur. A lamp had shifted in transit and fuse protection was cremated after 2 minutes of play I bought easily reference the correct fuse (listed in the doc) after the turn of the lights and have called into place (they are upside down in this combo).

I play a little bit of everything on a Cort M600 equipped with Seymour Duncan humbuckers and split-HS6.
I can get almost anything through the clean well-slamming, in many slobbering blues crunch channel 2 to rock, metal although still on the rhythmic couillu 2, lead to a very sharp and boosted the Lead.
We spend a cheerfully typed Marshall's enough "medium" to a more modern cold button.
The button can expand to make the distinction available in the large saturation of channel 3 and the Boost Button to densify the distortion.
In short, I enjoy the sounds typed out the first Metallica album (Kill'em all) Channel 2 dug and stuffed with distortion, channel 2 or 3 Maiden stuffed with medium, RHCP (clean typed Under the Bridge with the neck pickup split , slobbering and punchy distortion on the bridge Can not stop with split).
What stuck me as it is the absence of breath when you push the distortion to death (this is not the case with simple microphones but that's normal) on humbuckers.
Hard to say what I like so it comes out well.

It's been a year and a half that I scratched with.
I particularly like the Equals 3 separate channels, it is the feature that made me buy this amp.
I do not play in groups as a guitarist (I'm bass player at the base), but the functionality of two independent masters must be very useful for solo and non-scratch (no need for volume pedal).
I have not tried other models, but I have traveled a long discussion forums to find the amp of my dreams. I aimed to start a Rivera or an Engl, but the lack of channels of Equals or footswitch provided I chose it.
I just tested the Marshall JCM900 8080 and for my scratch.

The thing I like least is the handle for a single type Valvestate amp 26kg is really abused! It's fixed in newer versions elsewhere.

The value for money is unbeatable in this range (I had to FDPin € 1133) in my opinion.
I do it again the same choice especially since the new model has two additional handles on the sides.