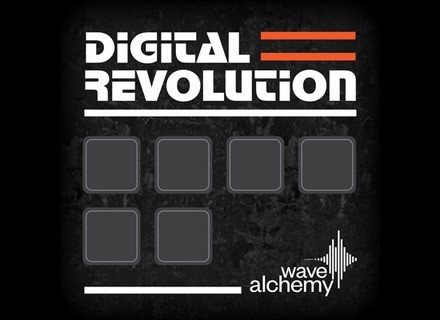 Digital Revolution, which full version is expected very soon, will feature the sounds of 12 iconic drum machines from the 80’s, which character can be controlled with various modes (Hi-Fi, Lo-Fi Grit and Lo-Fi Pitch) and variations. The library will include 15 588 samples in total and will offer a step sequencer, as well as mixing and mastering sections.

Wave Alchemy adds that to produce this library, its team recorded 9 digital and 3 analog drum machines with all their characteristics (tuning, decay…) and then resampled them several times with a legendary “grey” 12-bit sampler, which allows you to choose in Kontakt the different modes in real time. 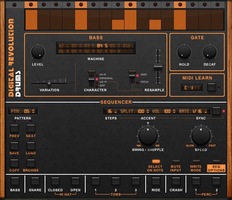 As an appetizer, Wave Alchemy released today a lighter version of Digital Revolution, with a single drum and one “character” mode per voice. This version has only 566 samples but includes the step sequencer and mixing/mastering sections.

The demo is designed for the full version of Kontakt 5, it will run in demo mode in the Free Kontakt Player for 15 minutes only. Visit www.wavealchemy.co.uk to download the library.