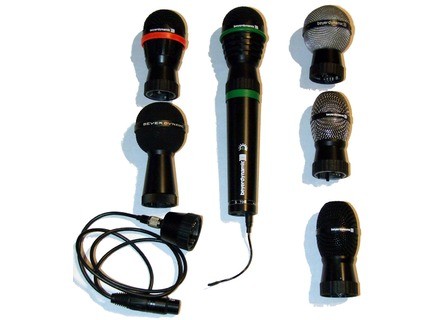 Beyerdynamic S 700
4
It was the biggest competitor of Sennheiser SKM 4031TV and other Shure Wireless at the time. It was also the official micro Phil Collins. It was also seen on the set of Taratata, for example, many times ...
With its many heads, the choice was vast. Sounds too. Especially with a head ribbon BM 85.
But it is an extremely reliable microphone, more than the SKM 4031, but unfortunately, like the latter, with its single frequency, if you're unlucky enough to have that frequency channels used by the TNT, you're stuck. .. just like me. Otherwise, here you have an excellent wireless microphone has bargain prices unbeatable because very little is known.