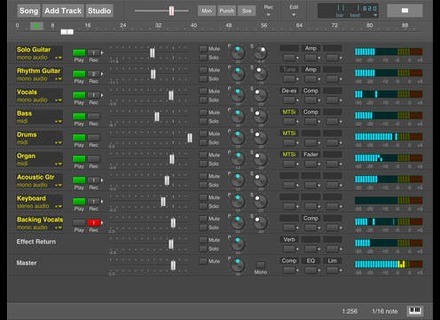 Bremmers Audio Design introduces a new update for their MultiTrackStudio DAW for iPad, which is now in version 2.1.

Here’s what’s new in MultiTrackStudio for iPad since version 1.8:

MultiTrackStudio v2.1 update is free, the DAW for iPad is available for 29.99 €/$ at the AppStore.