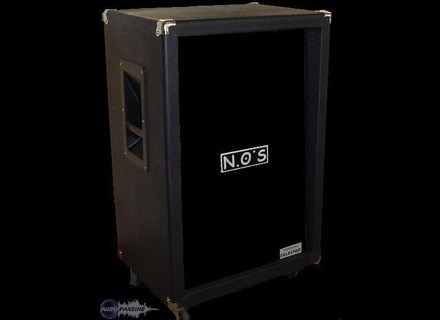 Bin I do not recognize my hp, yet with whom I played for a dozen of years now I've gard heat and grain, cab vritablement me sitting in the intake bass and low mdiums without invasive be many safe and natural rverbe which Grard had spoken to me by tl, i was skeptical moo (sorry Grard) bin no, it really is true.

So the price: I find it very competitive in this range of products (mesa, VHT etc ..) and identical hp (when sold with hp). It is not the cheapest nor the most expensive elsewhere. It is even cheaper than a mesa, with which we can broadly compare !!

The very good work quality, nothing wrong, everything is nickel.

Sound: I am really impressed. It's beautiful. Much better than anything I've tried Until now, all brands.

Suddenly, the Q / P is very good for me, since I have a super well-built cab, built to last, big acoustic qualities. Much presence.

A word about the exceptional kindness Mssieur Grard - I pse my words - always available, very passionate count, that does not break competition. I had the salt and pepper faade free option, I bought the lamps that should have to travel with the baffle to minimize the shipping cost. Bin and I saw them arrive in the box with the letters before the cabinet, not that I am EMBT "the time we finish the cab" - "but I have to get shipping costs, while I need regular. " - "Non-moo, gift, it's good!".

I have no reports privilgis with NOS, it was never rencontrs is my first purchase at NOS (lights off once there almost 2 years I think) but I am just satisfied 100% of their products and their welcome.

Grard thank you, this man a gentleman l. C mritait to be said.
Did you find this review helpful?yesno
»

Nameofsound 2x12 Vintage Touch Vertical
5
For info:
it weighs 33kgs baffle and measures 50x38x75 ... 83 with wheels (removable)!
It is well made, well finished and original.
Indeed, its facade is inclined as original than excellent for sound diffusion.

I have this cabinet for 1 1/2 years.
This is my third baffle NOS 1x12 after that I have exchanged against a 2x12, and this one!
This is my second NOS 2x12 vertical, which I use in stereo with another grill cloth and HP ... different!

So it is with 2 V30.
It has a lot of safe and accurate, sounds sharper than my 2x12 with Eminence, but, paradoxically, its magnitude is less than the other! But hey, this is a comparison and a personal feel ... all this is very subjective!
That said, the V30 is not screaming as I read everywhere ... I would say that there are more bass that are "mushy" and pronounced the treble "piercing"! In short, this is not an opinion on the V30!

I tried all sorts of this amp NOS (heads or racks), everything is fine stood. No crachotis of drooling or other discomforts ... always sound rich, full and musical! At home, I often play with a JMP1 + Velocity 120 (with delay & chorus) on my 2 2x12 ... it's perfect!

I owned an ENGL 2x12 and 2x12 Randall, all horizontal 2! Then exceed the OUR is Randall (even though it was a very good aesthetic finish!), And I would say the same as ENGL ...
So, NOS is not particularly superior to high-end Cabs I've heard or try to right to left (VHT, Soldano, Mesa, Bogner or Marshall for example), but it is made in France by a passionate This ... is what mattered to me in the balance!
What I like least about this "vertical", my head is that V3 does not arise because it meets perfectly, but hey, there's no comparison between a 2x12 vertical and one horizontal projection noise level medium distance! Perhaps in the near future I will trade against the 2x12 XL brand!

I play a lot of hard / heavy / post-distortion grunge...en what, this forum is really great. Depth gives a significant extent to the sound.
I use almost only at home, at low and medium volume ... the record is clear and precise!

Design inspires confidence.
PQP is good, although a bit expensive for all budgets ...
I will not make a choice because I've done it!

_noctua's review (This content has been automatically translated from French)

Nameofsound 2x12 Vintage Touch Vertical
5
Closed cabinet with Celestion Vintage 30 and Classic 80!
Premire thing in OUR is the map! Are asked what you want and Grard and his team s'xcutent!
Deuxime thing, the construction! It's perfect!
Everything is designed so that the baffle is not a space!
Large grips, detachable wheels, jack pushes to avoid an accidental unplug during a concert, corner guard ......
The look is also a choice of three possible finishes, "Black Warrior", "vintage touch" and the latest "salt & pepper"!
Most important, the sound!
It's simple, everything sounds with this cabinet! From blues to mtal!
Arveiller a weakling and a transistor amplifier sublime lamp!
In short, it's killing!
The studio is the ultimate weapon!
Dernire thing the price 730 euros with free shipping!
The high-end hand made in France that the price for me there is no better
Finally, if the 2x12XL and 4X12!

For comparison, I tested a 4x12 mesa, a marshall 4x12, 4x12 Peavy 1
Verdict: The marshall does not happen to toe, and acute lower mdium too aggressive and drooling
The Peavy, awful, really bad (the silent hp of Sheffield)
The mesa, good quality but the sound is too dark, not expressive enough!
The NOS, the spectrum is equilibrated no less!

mike063's review (This content has been automatically translated from French)

Nameofsound 2x12 Vintage Touch Vertical
5
? For how long have you been using it?
I use this cabinet for 3 years already ...

? Have you tried many other models before acqurir?
I had a marshall 1922 (some shorts made but sounds interresting), a 1960A top to play on a Marshall DSL head or 410H, but I must admit that the quality of liberalization and sound rendering OUR baffles are amazing!

? What is the specific feature you like best, the least?
What I like everything about this speaker before it! its correct weight, his hyper aesthetic personified his fabulous record sound, are all, in the lower trunk of his very hard-edged in rhythmic, and clear sound reproduction in his fall to the ground ... . (I did go to HP 2x 12 celestion vintage 30, 150w siffer has to do everything pter) and is easily transportable size because these are the delight of car trunks, plus it is equipped with sturdy wheels any evidence.

How would you rate the report qualitprix?
Would fulfill this issue is simply ridiculous ... The price quality ratio is very Carment correct, request you one?? robustness, sound and look pretty, done in Name Of Sound .... are less well certe (in same caractristiques at the competitors), but it's more expensive!
? With exprience, you do again this election? ...
Yes I do it again this election if I replayed in config because the rack space in terms of width perfectly matches the size of a rack, I know the look is not everything but it helps greatly purchasing this type of format for a gig rack of knowing that more is NOS and it has Grard cortier that makes the onions, I rv, he did! !
However, in the same range, our Eng U.S. have also a formidable competitor and direct the baffle, the msa boogie 2x 12 horizontal or vertical echoes very good also ....