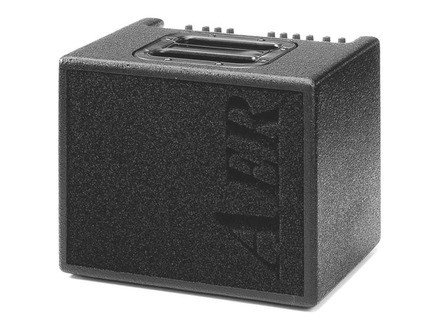 Product replaced by the AER Compact 60/3.

Lefebvre Nicolas's review (This content has been automatically translated from French)" THE reference!"

AER Compact 60/2
5
Many years ago I use this amp: concerts, rehearsals, classes ... and I finally decided to leave a review!
I will not go into the features, everything has been said. I émettrai cepandant remark: for me it lacks 2 inputs with the same input combo jack / XLR and 3-band EQ. Otherwise flush is the highest quality.

The config is simple: you plug and play. It is so rare that it must be specified! This amp has many advantages in his pocket amp serve, return, DI, preamp or sound card recording ...

I use it in many contexts, but mainly with 2 guitars: an acoustic-electrics Aria lr baggs equipped 1982 and a gypsy Di Mauro St Louis Blues 1950 sound system with an audio technica at831b or magnetic Benedetti.
Whatever the config quality is always present, a huge dynamic, sound straight, full compliance with the timbre of the instrument, a large projection, a perfect balance of registers and a slight compression on large attacks that the sound does not drool. The piezo is biting but without aggressiveness, magnetic velvety but with precision, the capacitor is purity itself.
The song also goes with happiness beaucouo (shure sm58) and it should be noted the high quality of the preamp.
There is magic in this amp!

5 years ago that I use, it has never been caught unawares.
This amp is transparent: it reveals the timbre of the instrument without browning. Despite its age and competition stirs it has no competitor (I speak knowingly to have tested almost everything that exists).
Of course I would do this choice because now I have two! And then my friends it is not magic, it's witchcraft ...

paraglisse's review (This content has been automatically translated from French)" Small but powerful ... and expensive"

Simple to use acoustic or electric amp modeling (it's like stereo to mono, it renders well the models)

Its very clean and neutral. Suitable for any acoustic guitarist wanting to be heard. Maybe its too uni-directional