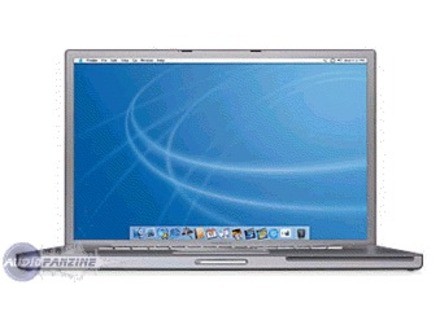 Apple PowerBook G4 1 Ghz 17'
4
I had the Mac G4 about 3 years ago before I decided to sell it and get a windows computer. I kinda wish that I didn’t sell it but cant do anything about it now. But while I was using it I can say it’s a really great quality computer. Its very fast and will last you a long time as long as you take good care of it. Macs are generally better with software then pcs are and macs don’t get viruses that easy either I don’t know why . I hadn’t got a single virus in my macs but In my PC’s my virus software is always Picking something up.

If you are new to mac and you ge the G4 as your first mac computer it will get some taking use to. Everything is different on a mac than it is on a pc. They menu’s the layouts, just everything is different and it will take some time to get use to. The one thing that I loved the most about it is how fast it was. It is super fast when loading up your software and saving stuff and even browsing on the web. It can muiti task really good, you can watch a movie have a editing program open and be playing a game at the same time without anything messing up or glitching and freezing.

I did wish it had more than 2 usb ports though, my windows laptop has 3 and I use each one of them. So when I was using the G4 the 2 usb ports weren’t enough for me but it does have 2 firewire ports which I used for my firewire interface that was used in pro tools. All of your audio programs like pro tools and logic for example will run perfectly in the G4. The G4 even came with a few audio and video editing programs just incase you want to use them, if not that’s find you can always take them off. But the Mac G4 is really right out of the box you wont need to do anything to it. It could be one of the best systems I have every owned.

Apple PowerBook G4 1 Ghz 17'
5
I have been using my Mac G4 17&quot; Powerbook for 5 years. I bought it from the Apple store for just under 2000 US dollars. With my Powerbook came microsoft office package, a free printer, and laptop case. I believe this price was very fair and I still use this computer and have not needed to replace it in the 6 years that I have owned it. And it has never crashed on me!
The thing I like the most about my Powerbook is the mobility of such a powerful computer. This is a laptop computer so it is easy to carry around to the cafe, class, home, or office, but this computer also boasts a fast processor and a large memory. The thing i dislike about the computer is the battery which I have had to replace, but still does not hold a large charge. With such a powerful computer, it takes a lot to run the various drives so it uses up the battery in just over an hour.
I was thinking about getting and iBook before I purchased the Powerbook but I am very happy with the powerbook and glad I purchased it. The iBook just doesn't have enough RAM and memory like the Powerbook does.
This computer suites all of my laptop needs, it has 2 USB and 2 firewire ports. Line in and Microphone 1/8&quot; jacks. Ethernet input, and video out. Just about anything you need, these line of Powerbook can do it.
The purchase of any Mac comes with the great software like iTunes, iMovie, Garageband, and others which simplify making various types of media with a computer. The Mac G4 Powerbook is a reliable laptop computer. This is a great computer and I still don't see myself updating it for years to come.
Did you find this review helpful?yesno
»