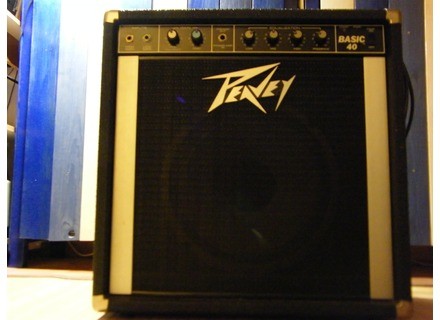 All user reviews for the Peavey Basic 40

baxbrin's review (This content has been automatically translated from French)

Peavey Basic 40
4
Amplifier transistors, 40 watts delivered well, but a limit on the alert.

Use extremely simple, even intuitive. The sound is quickly acquired (more funk than blues) Anyway it slams.

I played with a bass with an active and passive. The sound is more suited to slap with acute enough present. Amp to avoid deep bass, even though its construction and HP are really sturdy. It sounds great and above all proves indestructible. Nothing to do with the first nine current prices ..

I use it for over 10 years. Even at the bottom, it has never dropped, even if I had more than once wanted to let given its weight. But what is the secret of his sound ...

I have used other amps, none sent like this. Its 40 watts are real watts, with frame and Hp Burnes well.

That said his sound is distinctive, and funk-oriented rather acute. And even if its 40 watts Home Team, he is only 40 watts. For the metal with a drummer who knocks, it will not ...