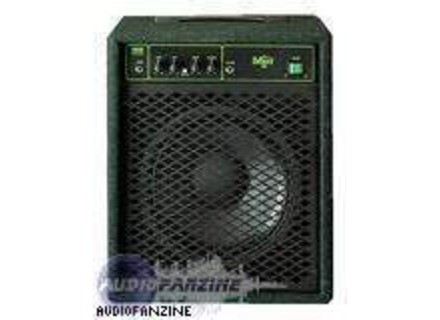 All user reviews for the Trace Elliot boxer 30

Trace Elliot boxer 30
3
i got this litle practice amp when looking for a portable amp that was good enough to record with. It was about £130 pounds from sound control in sheffield (england).

i like its size its easy to take it anywhere really,(not all that heavy). It has a nice deep sound for such a small amp with a good bottom end.it doesnt look to bad either with its trace elliot carpet covering.

unfortunatly the reason why i bought the amp was for recording but it has a hiss sound that is near impossible to rid off but saying that it is a fairly cheap amp.also the graphic eq (standard 3 band)suffers because of the hisssing the treble is not realistically usuable to a large extent because of the hissing.the worst thing on the amp by far and above thouhg is the pathetic usless mid range boost.personally im not to bothered about alot of mid on a bass amp cos it sound terrible but even if you do then youd be disapionted with this mid boost as it doesnt really boost as so much as it drains the sound of depth.

the constuction is of good quality as you expect from trace elliot errr what else can i say on this.

over all if your looking for a nice sound at a low price and a reliable quality product buy one but there are better deals out there for just alittle more.

remy basse's review (This content has been automatically translated from French)

Configuration is very simple, and we get a sound just by plugging the basse.Les pots are not an example of sensitivities, but luckily the sound input is very correct

I play on a tobias what I think and a avantage.étant said this amp is very distinctive and very low-end bass sounds on it.
He has a sound that is much lower oriented mediums especially with the medium function switch (button medium described above). This function also gives a boost to the amp. But I never use it, I even reduced the pots medium of the quarter (by pushing a little bass and treble) which gives me a well is excellent.Pour rond.Pour jazz funk I play with my pots of coffee.

I use it for four years and I have no pb with.
I'm pretty happy with this change I will ampli.Mais question of power.
It is an amp to play in his room (especially not in groups) through the definition of good sound at lower volume.
Above the 2 / 3 of the volume the sound begins to be saturated and confusing especially with a 5 string.
It is a very good amp for beginners and for all style musique.De anyway is it that makes the sound the player and not the material