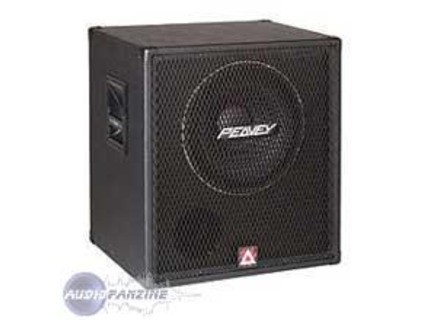 Peavey 115 BVX
5
A fellow Bassist and friend sold Me a BVX and a TVX for $140 because they were 4 ohms so He had to use 2 heads to run them, they were too heavy, and He needed the space. They both are great sounding cabs. If I only use one I use the BVX. To My ears it just sounds better, Counter to what You would think It has better definition of the highs than the TVX.
After Years of abusing a little Behringer 300 watt head running it at 2 ohms ( it sounded great), I finally solved the impedance issues. Just got a Hartke LH1000. Tube preamp and two 500 watt power amps. Yielding 320 watts to each cab at 4 ohms. Wow! Finally unleashing the full potential of these cabs. Awesome!!!! Really move some air!
Did you find this review helpful?yesno
»

Peavey 115 BVX
5
I was looking to build a bullet proof bass rig. I didn't care about looks, weight or portability. I wanted it to rock out every single night of the week.

I bought this 2010 Peavey Cab about 6 months ago on a closeout. It was originally $599 and I got it for $299. Since then I have played a whole mess of gigs with this cabinet.

It is a loud monster and keeps on ticking. The Peavey BVX puts out the power that most dual cabs put out.

It is made in America, how about that, when have you seen a cab this affordable made in the US?

It is a beast. I am going to say the cab weighs a cool 100 pounds. The metal grill on the front rattled a little bit. I unscrewed the grill and put some rubber washers between the grill and the cab. That fixed the problem 100%

It could get hit by a bus and damage the bus! Casters are a must. I put some on where the rubber feet were. Makes moving it bearable.

The frequency response is a super low 30 hz all the way up to 3.5 khz

If you don't mind the large size of Peavey's BVX 115 it will give you plenty of power, tone and reliability to boot.

Peavey 115 BVX
4
I purchased these cabinet's separatly at a Music store in Cotati/Rhonert Park called Zone Music. I first puchased the 410TVX for about $450. Later I got the 115BVX for about $300.

These cabinets sound great together. The 410TVX has a big sound with lots of DEEP end and present highs. It is shy in the mids but the 115 takes care of that. The 115BVX has lots of throaty mids but shy in the deep lows and zingy highs. So it is apparent how the two together make for a chest thumping sound. They are loud!! I've heard they can take up to 1000 watts but I've only had the opportunity to use them with 350 watts, which is all that I need for my giging situation.

These cabinets are ridiculously heavy. Way heavyer than any one person could carry. and barely with two! Peavy could have done a little better with this by AT LEAST putting on casters. but instead I had to spend the money and get a set of wheels.

The constuction is mediocre. It is covered in vinyl which tears easly. I already have more than a few rips in the cover from normal giging use. and I've only had the thing for less than a year.

The 410TVX has a adjustable tweeter which is nice because it screams. The speaker are good. If you use them with the matching head it is impossible to get distortion at high volumes. Which is very nice.

These cabinets are a steal for the price. They both have amazing deep end and good clarity. You'll have to bring a friend to help you carry them anywhere or buy a set of casters. In which case you still probably need some help. but, regardless, these cabinets are a great deal for some PHAT bass