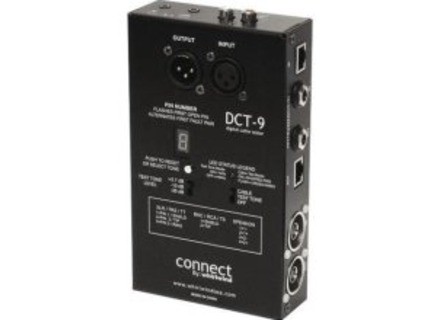 Whirlwind DCT-9 Tester
5
The Whirlwind DCT-9 Tester is a cable test that can test all sorts of cables to see if they are in working condition or not. I don't own one of these as I don't own a large enough studio, but if I did I would be all over this. Having worked at various studios over the years, you'd be surprised (or maybe you wouldn't be) at how many cables break during sessions. There's no time to mess with it during the session and they eventually just get thrown in a pile. Many studios will have a tech on hand, who will probably have something like this, but for those who don't have a tech, having something like this cable test is a wise investment. The DCT-9 in particular can test XLR, 1/4", RCA, TT, 1/8" and just about every other kind of cable you can think of. I've only really seen this used and tried it at one studio that I've worked out of. Since I was just there on a freelance basis, my experience it hasn't been much, but to see it in action has convinced me it's a necessary tool to have in pro studios. It's pretty easy to use, as it has connections for all the different types of cables there are to test here, and you can also use it for a test tone. For beginners, the manual is probably a good thing to have, but I haven't seen it for myself. This doesn't cost a ton of money but it isn't very cheap either. In the long run I think it will certainly be worth it for pro studio owners to have, especially if you have someone who can go in there to fix the cables. Check it out as the Whirlwind DCT-9 seems to be one of the most complete cable testers around!