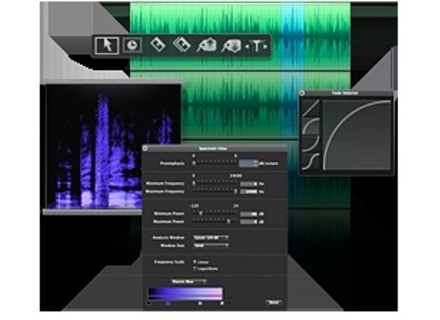 All user reviews for the Apple Soundtrack Pro 2

Apple Soundtrack Pro 2
5
You'll have to bear with me a bit as I only really used this for some amateur and experimental use. I've never used this for anything professional. Soundtrack Pro is a an application that's meant to go hand-in-hand with Final Cut Pro. This allows you to do all your video editing in Final Cut Pro and all of your audio editing/splicing in Soundtrack Pro 2. By splitting the applications up like this, you have more control over what you're looking to accomplish without having to clutter up everything in a single program. Soundtrack Pro 2 is an application for adding sound to various video that you import from your FCP projects. It's extremely easy to use, but it can be a bit daunting at first. I recommend trying to check out some Youtube tutorials as they'll help immensely with what's going on and how to use this application to its fullest.

I'm not a big user of Soundtrack Pro as I'm more of an audio engineer than someone who works on audio for videos, but the times I did use this program, it has worked flawlessly. There is a bit of a learning curve as to how everything operates and what everything does, but once you check out some tutorials and read the built-in help, you should be good to go.
Did you find this review helpful?yesno
Cookies help us improve performance, enhance user experience and deliver our services. By using our services, you agree to our use of cookies. Find out more.