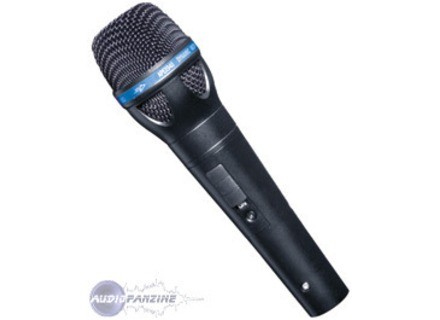 You don't need to be an expert to understand it's an affordable cardioid mic for live vocals and speech. The look reminds me of old Sennheiser models. On/off switch. Too much plastic. Provided with a mic clip and an XLR-jack cable.

I bought it and tested it yesterday because I wanted to replace a low-quality Behringer. It was very cheap (same price range as the Behringer). The shop assistant told me it sounded much better.

After trying it out I can say that the sound is clearer than the Behringer (mids and highs are not so damped) but the dynamic response is not so good (it requires higher gain settings). Good feedback rejection like the Behringer.

The product seems to be sturdy. Time will tell...

Compared with a Shure Beta58: there is simply no comparison!

Conclusion: I'm not sure if it's better than the Behringer. Good mic for punk rehearsals and gigs where the gear gets some serious abuse. I give it 7/10 because of its very good value for money.
Did you find this review helpful?yesno
»

Super Micro, even more special for 17 € that I paid for it new at Planet PA. Really good mic Larsen little, or no crackling noise, nonetheless in a noisy déplacment, I recommend it for use on foot.
Did you find this review helpful?yesno
»