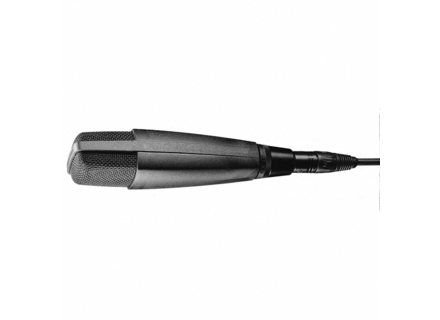 All user reviews for the Sennheiser MD 421-II

Sennheiser MD 421-II
4
The Sennheiser MD 421 II is a cardioid dynamic microphone that has been around for quite a long time. One of the cool things about this mic is that it has a bass roll off switch but it doesn’t say exactly what frequencies its rolling off though. These go for around 350 to 400 dollars or so online now (not brand new). They are worth every penny considering the quality you will get with this mic.

There has been a lot of changes to the MD 421 II from the previous models. The 421 is built a lot tougher than the previous models and has a sleeker design to it. You will love using this mic if you can fit it into your budget. It will deliver a very clear clean sound with no feedback and as I said before there is a several position roll off switch.

I haven tried a few other models of this microphone and most of them are the same to be honest. They all provide a pretty good quality. In my opinion I wouldn’t get this mic just to record some stuff from home with. Its too expensive, unless you are work thing with some time of record deal or decent budget. Its not worth spending that much for a home set up when there are a ton of other mics that sound similar to this one that will cost a fraction of the price you will spend for this mic.

Overall, its a great mic not really anything bad to say about it. They also have a anniversary version of this mic that is gold plated. It looks real nice, but it’s the same as this mic don’t like they goldish colar fool you. So if you have a budget and can afford to get this mic I say go for it. If you don’t want to sped that much money look into some cheaper mics that will provide the same quality as this mic will.

Sennheiser MD 421-II
4
Has a 5 knotch bass control. Very directional design. This is a classic mic known for rugged build and reliability as well as a high quality performance. I know these are typically used for drums in the studio but I use mine for voiceovers mostly. I run a weekly podcast with a couple of buddies and I have 4 of these on tap just for that purpose. It works pretty great for this application although not the end all be all of voice mics. I expect the MD421 would be even better as a live voice mic due to its lack of feedback or noise. I can never get it to feedback no matter what I do. They are very clear and have a nice response range.

I've also used this mic for some oddball uses like recording congas and even wind instruments. I still remember the day I was asked to run sound for an outside festival and I used a couple of these to mic the percussionist of a band that was playing. At one point it started raining fairly hard and the band kept going. A lot of the mics on stage started to malfunction noticeably but the MD421's didn't seem to have any issues. They got pretty wet too. 3 years later I still have them and they aren't in any worse shape.

This is probably one of my favorite mics for really loud situations or situations where feedback is prone to happen. It won't feedback ever in my experience. The odd shape can be an issue if you don't have the proper clip at hand. And the clip it does use it very annoying. At the end of the day it's a great reliable mic for a number of odd uses. Just don't fall too in love with it. It doesn't work for everything. Still, well worth the price and I think everybody should get one or two at least. They will likely outlive you regardless of whether you take care of them.
View price information
Did you find this review helpful?yesno

Sennheiser MD 421-II
5
It is always exciting to review a legendary microphone, because I can just talk about the microphone, without comparing it to other microphones (although I will mention one at the end).

The Sennheiser MD 421 II is a dynamic microphone with a cardioid pickup pattern. It has a rather nice frequency response from 30-17,000 Hz. Its great ability to mic up drums and guitar amps speaks tons about its ability to handle high SPL's.

The microphone itself is very well built, although the mounting system is just about the worst I have ever seen implemented in a microphone. Sennheiser even sells a shockmount that is supposed to mitigate that, but in my little experience, does little to help. The issue with the clip is that is simply is not secured to the microphone very well due to design. It slides, and if the microphone is tilted the wrong way, it tends to slid out of the clip. There have been stories of people simply gluing the microphone into place on the clip, which is what my friend did. I am thus only relaying what I have heard about this, because my friend's MD 421 II did not suffer from this problem on account of his gluing it to the clip.

The MD 421 II is a fantastic microphone for most applications, and if I had to compare it to anything, which I do, even though the MD 421 II itself sets a standard, I could say (in a dangerous broad sweep of a statement) that it is a rich man's Shure SM57.

One more interesting fact is that it CAN be used for vocals, although it would not be my first choice the same way the SM57 wouldn't be. However, because I see it as a rich man's 57, it also lends a pleasing tone to some voices, considering that it is used as a mainstay in broadcast, and the SM578 is not. If you have the cash, I highly recommend giving the Sennheiser MD 421 II a shot!
View price information
Did you find this review helpful?yesno

Sennheiser MD 421-II
5
This dynamic mic is mainly used in the studio, as far as I know. Traditionally they have been known for being great tom mics. They are also known for having five different roll-off selections. I had heard that it works pretty well as a live mic when necessary, and when my band was playing a basement show we tried it for lead vocals and it definitely worked great as far as the band and I were concerned. There are definitely better vocal mics out there for live setting but if you are looking for a good mic to multitask this might be a good choice (if you're on a budget like I am, it's highly recommended).

I have used mine for about a year. I like using it on toms the best. It picks up the low end that toms give without being overwhelmed. It gives a nice clear sound for them that most mics can't capture. It also has worked well for me on guitar amps, especially ones with heavy low end that really need the extra power. The roll-off that they provide also helps a lot. There are five positions, with the extremes being for speech or music. It helps one really get a wide variety of sounds and timbres from the mic. I haven't had to record spoken word since owning these mics so I can't comment on that, but I've heard they work well enough. Just testing my own voice, the results were good for a dynamic mic. I don't like using them on singers as much as some of my other mics (vocal mics in the studio, as far as I'm concerned, are usually condenser mics, though I won't rule out anything at this point.) For the price, these are totally worth it. They're invaluable to any collection and are one of a kind. I would buy them again if I had to.
View price information
Did you find this review helpful?yesno

Sennheiser MD 421-II
5
I've used my Sennhesier MD 421 II only in the studio and mostly on tom drums and guitars. These are classic dynamic mics and I've seen very few studios without them. Although I have only used them in the studio myself, I have heard they are also great in a live setting on any application that a dynamic is traditionally used on, especially on vocals (as seen in the Concert of Bangladesh).

I've had my 421 for about a year, the thing I like most about it is its versatility. I have one of them and I always use it on the the floor tom as they capture the low end of that really well I feel. I also always use these on guitar amps, they are my mic of choice for that, along with an SM57/ I love having the roll off knob to adjust between musical and speech applications. To me, its one of the best dynamic mics out there and although it is a bit pricey for a dynamic mic, no serious studio should be without one. If I were to lose or break mine, I would certainly purchase another.
View price information
Did you find this review helpful?yesno

It is a very good mic. Quite versatile, I use it mostly on the toms battery. I also used a guitar amp and a bass amp.


2 of 6 people found this review helpful

Studio C&P's review (This content has been automatically translated from French)" A reference!"

For how long have you been using it? 6 years

Did you try many other models before getting this one? yes

What thing do you like most/least about it? Super on bass amp, toms drums, guitar amp (must love the color ... but it does), etc. ....

What is your opinion about the value for the price?
It is a fairly expensive microphone I think ... but very versatile

Knowing what you know now, would you make the same choice?
For bass amp: yes

I use them for 2 years. They are fantastic on toms. Systm The mounting is a bit crappy.
I used the sm57 prcedemment o I use the 421. They are expensive hla's trs. But once the investment, we do not regret it.