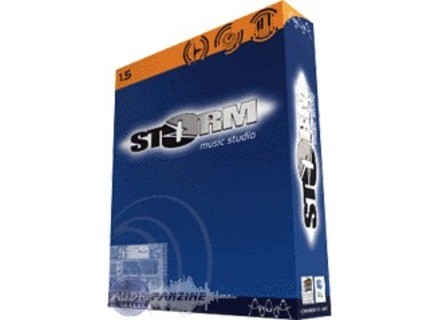 Product replaced by the Arturia Storm 3.

Arturia Storm 1.5
5
I like the features, but it is true that something is still missing : the number of instrument to be played simultaneously could be improve (Arturia announced on its website a new feature for the new upgrade of Storm to come this summer: the ability to run and sync as many Storms as wanted...Which means an infinite number of modules playing together!)

Very easy to use. The interface is a little too &quot;friendly&quot;, and coloured, looks like a toy! One more time the rework off all the interface has been announced for the upgrade to come. The manual is pretty clear.

The sound are really excellent, particulary concerning the techno / electro / dance and trance oriented styles. Effecs are very good too, and could be routed through each one of them, wich allow to obtain very experimental sounds! The audio sampler could be improved a little.

There are people playing live with Storm, althoug it still needs some bug fixes to be really peace minded!...Customer support is really nice

I love this software! I used to use it as a standalone software. Now it is one of my prefered VSTi (with B4 and Pro52) and I think it is to under-estimated as a VSTi. The synths are all very great, and the price is very low. It is very great to create pads and bassline.