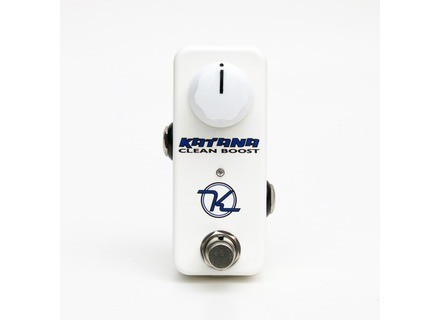 Robert Keeley opened the pre-sale of four new effect pedals for guitar with special prices and a gift, a special operation for NAMM.

The four new pedals were introduced at NAMM 2015 and will ship, in limited edition, with a t-shirt. They should be available late February but you can pre-order them for a special price.

The Mini Katana is a compact version of the clean boost stompbox, the very first effect pedal designed for Keeley Electronics. Current price is $129.

Aurora is a digital reverb with Hall, Room and Plate effects. It is also based on an FV-1 Spin semiconductor and offers Attack, Decay, Tone and Blend knobs, as well as a mini-toggle for the type of reverb. Price: $179

Recino is a digital delay that uses the same semiconductor as above and offers up to 1 second of delay. You can also adjust the repeats and level. Price: $179