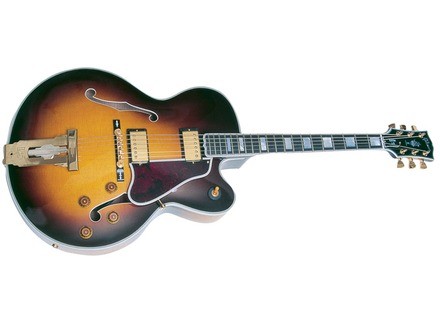 lac74's review (This content has been automatically translated from French)

Gibson L-5 CES
5
Guitar made "old" in the United States to Kallamzoo
20 frets (14 out table). Mico
For more info http://www.gibsoncustom.com/flash/products/archtops/L5CES/L5CES.html
Bought new at a good price because it was stocking (for the price no one bought it ...). Great deal.

This guitar is easy to play. It is all confusing.
It has been thought to play the sounds of jazz. Pure bonehur. No need for other effects.

Jazz is the sound. She also loves to tease the blues and it is with pleasure that I could play the picking style Dadi and it sounds just as good. One would think that there are gnomes in that modulate the sound to what you play. This is THE sound!
In fact, even without plugging it into a sound that would kill more than one

I have a few days ago, after trying dozens of other models. Basically, given the cost, I went instead to make an ES-175. But considering the price I have drawn from this mythic model. no problem (less than 4,000 € for a new model! What could be better).
I also tried models of luthiers. Often inspired by this legendary model, the sound is not always up to the asking price! Or at prices.
In short, choose the model as ORIGINAL. I know purists will say it's not the model before ... critics will also say that the finish is no longer at the height Gibson. Ben with this model, they can only have nailed the beak: the quality is meeting and is a beautiful work of luthier.
After much inquiry, the L-5 CES, with Legrand and another model (which I know the ref.) Guitars are processed completely by hand (forming a gouge, not thermoforamge ... )
In short, at the price I have, it has the sound, finish, etc ... YES I would do the same choice!