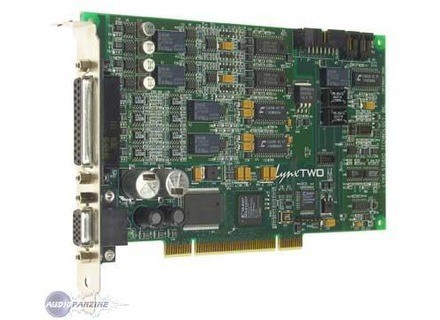 A criticism, it's PCI.

I was running XP sp3 original with Sonar 7 and even legal under OSX with Logic Pro 8 .. crush on a Hackintosh.
Hackintosh config was the most stable by far. Go figure ... something to be disgusted.

She has always done what I asked.
Sometimes Converto panicked a little, probably due to my multiple uses of the card (changing frequencies between different apps etc ...) but a sudden recalibration in the card software and especially the fact of the right frequency resélectionenr solved the problem immediately.

Put your motherboard Bios Update, download the latest versions on the site of Lynx Technology, read the instructions and there will be no problem.

For me it is the only internal card and I found that was deemed stand out cards "big government" at the fidelity of conversion.

I was not disappointed, although better than my Motu 828 mk2 which broke down in 3 years.

The Lynx is reliable, robust and it sounds good, I sold it because I hope to pass on a Converto alphalink SSL.

See all 6 photos of Lynx Studio Technology LynxTwo B »

Other names: lynxtwo b, lynxtwob, lynx two b, lynx 2 b