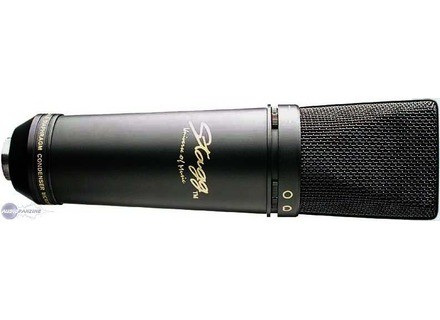 gma's review (This content has been automatically translated from French)

Stagg MCO-7
5
Micro static transo. Cut down and omni / cardio.
Metal body, sturdy enough, mine begins to date!
Being able to switch to the omni is super comfortable. Supplied with the suspension broke through against since I have to buy one. Mine is not much written on it.

I use it for several years, I can not remember how many aps.
It sounds really bad aps. At the time, I hesitated between him and rode NT2 was a little more expensive. After testing in the store, I took this one that sounded better ... I knew no audio technica amrque but I later learned that Rode was one of the most important amrques. So I retested a nt2 that really never ceases to disappoint me. Good micro stagg but sounds better with low-end preamps.
I could not at first that rode that to compare it, but now I can compare it to T.bone, to electronics, audio technica. It is part of the good low-end, comparable to T.bone SC450 in all respects, can be a little less bright. The rendering of folk is downright pretty when you rpend the time to place it. On voice, it is a little lower. Medium and lack of this very low terrible. The proximity effect is also quite tricky.
The value for money when I bought it was amazing, it was the condenser microphone can be the cheapest in the market, or close and it sounded much better with a preamp equal sm58. Today's pickups Chinese T.bone in aprticulier, are better at equal rates. If it again, I will take the microphone Chinese, what I did to complete my park. But it's still a good element of low cost emon park and I still use it often, especially to use amps rgattes or keyboard. With a good slice behind it is doing pretty squarely in the face of more expensive microphones, audio technica at Rode. It is an AT2020, and more versatile!
So here, great plan OCCAZ, we see apsser at prices ridiculous. New, it is better to type in T.bone, behringer or JOEMEEK, bearing in mind that it has an omni position that we find usually only on more expensive microphones except for T.bone. So I put him a note.
He recently bowled a friend professional sound engineer, surprised knowing usual poor quality guitars stagg.
Did you find this review helpful?yesno
»