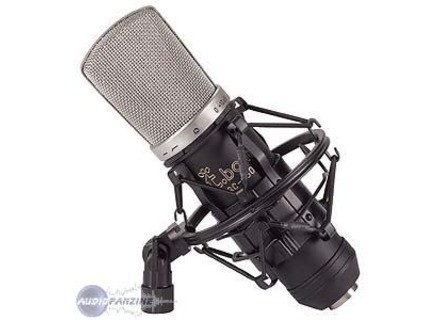 The T.bone SC450
5
I use it to record vocals and a guitar. It can do wonders with its filter.
The performance is impressive for a Chinese mic with such a price tag.

I strongly recommend it.

Transport case and shock mount suspension included. It's a great mic.
Did you find this review helpful?yesno
»

AlanForPresident's review"Can be used for live or studio, I prefer studio."

The T.bone SC450
4
The T Bone SC 450 is a large diaphragm studio microphone that should not be used in a live setting.
It does however require phantom power, and the price is very reasonable and respectable. The overall, specs of the T bone SC 450 didn’t particularly strike me as the studio microphone that I need to have. But after purchasing two of these over the years, I can say it is one of the best microphones that are under 150 US Dollars that I have used. The time that was used with the T Bone SC 450 was over the period of about 4 months.

The T Bone SC 450 has great quality for a microphone that is less than 150 dollars, it excels great in a studio setting with acoustics and proper set up. I have tried 2 other T Bone models, and this is the better one for the money. You will get a shock mount and a case when you purchase the T bone SC 450, which is a good thing because the shock mount is much needed. The frequency response is o.1m - 10dB (20-18000 Hz). The T Bone SC 450 is a great vocal microphone for someone with an even Tone, not to deep of a pitch nor too high. One thing about this microphone that also makes it better than the previous version of the T Bone is that this is a flexible microphone and can be used on instruments as well. But in my opinion it wont sound as good using it as an instrument microphone. They actually also say it’s a live microphone but I have to disagree with T Bone on that, this microphone did not sound well when we tested it in a live setting. Maybe it all depends on what type of a sound the user is looking for. We will keep the T Bone SC 450 in the studio, with acoustic treatments.

The T.bone SC450
5
Cardioid vocal mic that works with 48V phantom power.
It comes with a nice-looking case, inside which is the mic itself and the suspension, as well as spare rubber bands.

I've used it for 5 years in my home studio for vocals and some guitar takes.
It is my first real mic, so I don't have any reference to compare it to.
Before the SC450, I had a Sennheiser MD 43 and I must say it's like night and day...
Vocals are picked up fine and the reproduction is dynamic, with no or almost no coloration. I think it's pretty versatile for use with different types of vocals and musical styles.
This product is a real bombshell, given its price and, especially, the contents of the box.
Not only would I buy it again, I also recommend it to anyone who wants a good mic to start his or her home studio with the right foot.
Did you find this review helpful?yesno
»

I have one.
I've had other down-market mics, like the se2000 (which I sold), and an AT 2020.
The T bone is the best of all.
I used it for demos quite some time, but now I have a neumann KMS 105 for live performances and it's better, even for demos. It's more neutral, but more expensive, too.
I still use the T bone for tenor sax (with 2 mics) .
In short, it's quite all right and well-equipped.
Ideal for beginners.
Yves
Did you find this review helpful?yesno
»
Read the 20 user reviews on the The T.bone SC450 »