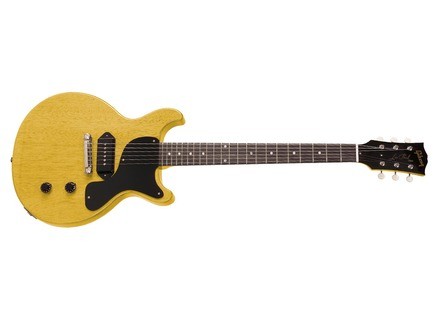 Rather round handle. The profile is relatively similar to that of my tl lite ash but with much more accessible treble.

Volume and tonality one microphone, in short you plug it puts everything thoroughly and GOOOOO.

The Kent Armstrong output level is monstrous, the blow that difficult to have a clean complexion that is not a little smile from the guitar like "good finished joke if you pushed a bit gain right now ". Clearly, the opposite of my Tl.

This guitar is crazy because it is expected a nice thing to do at the most crush a little dirty, but not all. Its registry begins crunch some dirty (clean the rhythm are heavy and so nice).

The song is not at all in agreement with the plumage and CA I love.

In both say out loud "I like to Gibson" besides my guitar is a Gibson but a copy manufactured by JB Lorin (Luthier in La Roche sur Yon). Accordingly, it is much cleaner and better than a modern gibson up.

I love the big sound and I would naturally all to a little more brutal stuff, but ultimately was once in the legs it gets a slap.

The guitar is simple and original because we do not see that very few double cut away.

If you want a super skyscraper without filling shamefully Gibson pockets go to the rock on yon, JB will make you something 100 times better.
Did you find this review helpful?yesno
»