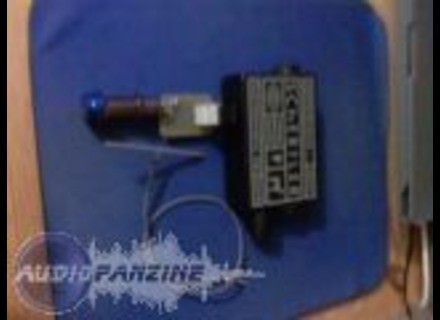 Bluestick, Other Microphone from Schertler.

Schertler Bluestick
5
Installed on my old Martin D 28, it is a mini electret mounted on a linear array such fishman. The implementation went very smoothly because the manual that came with is extremely well done. I chose the model with an external preamp often using a plug in the ear and wanting to handle the volume easily. The amp is extremely powerful and does not generate any hum. In addition the set is very resistant to feedback.

Over the past year, I had the sensors Fishman, B Band, I forgot the others ... I had never been happy with the sound they gave that to my D28 on sound always sounded like a punctured Takaka (why there are other sounds in Takachiotte ?)... Since it is happiness, I sound the same as I have with a static studio, the maker Thierry Loison even had this thought: "I finally agreed on a Martin sound that sounds like it needs ".

I should mention that I use a Tech 21 SansAmp Acoustic DI, which also serves as my direct box and gives a little more roundness to the sound, although he gave nicknames to some of the buttons engineers island is an absolutely perfect combination that I would strongly recommend it to anyone who loves the true sound of acoustic guitars and want to get out of its artificial and cold appliances.

Although the system is a little expensive (though) but when we are able to spend more than € 1500 for an acoustic guitar it is absurd to skimp on the system of sound recording and happiness is sometimes at the price.

Schertler offers kits to replace the bars on other guitars and I think to install it on my Taylor nylon ... In any case, bravo chipmunks!

See all 19 photos of Schertler Bluestick »

Other Schertler other Microphones