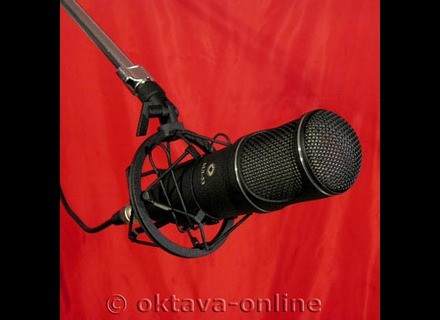 Obsolete Audio's review (This content has been automatically translated from French)

The ML53 and a bidirectional tape, it accepts pressure levels relatively high. His response curve reveals a prominent, serious, it can be used for a wide variety of sources.

- What is so special that you love the most, the least?
Smooth and fast at once, transients, a battery, are really beautiful, the sound is real despite a curve that we would suggest the opposite. This is my first tape and it gives me a big slap.
I did not use a lot of source at the moment but I can confirm that on a guitar is a delight, a battery room or on the bass drum (not three centimeter of course) it sends The sound is full with a good foundation to some "heat" (I do not like this term because it is not exactly the definition that I made this heat ubiquitous in the mouths of her lovers), briefly at least not find a good phase, trapping her right away with this.
My surprise, it was his excellence on the voice, okay I admit it must be some equation (+4 and +3 @ @ 8kHz 15kHz in my case, just a little to flatten the response) and placed correctly, but the result made me fucking effect beef. The pulpit is the voice has real texture and a lot of realism.

- Have you tried many other models before buying it?
Micro tape has not, I tried its big brother the ML52-02, it had me really convinced on a guitar, a little less on the voice, I left with the ML53 everything I had been seduced in ML52 but better

- How do you value for money?
The value for money is simply excellent for 265 euro was a real microphone, only downside I've noticed on this mic (like on other Oktava that matter) is its polarity.

- With experience, you do again this election? ...
Yes if I had not. Today no, I'll type in the range of ribbons above story to cry with happiness every time.