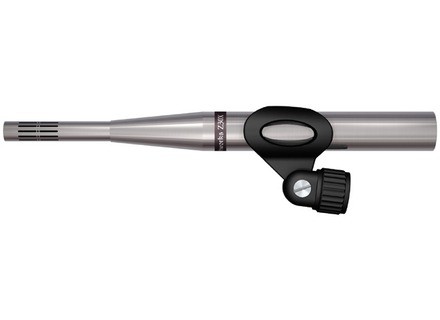 Earthworks Z30X
5
The Earthworks Z30X is a small diaphragm condenser microphone that is to be used for studio applications only. I'm not sure that they make this microphone any longer, but they do have a few newer microphones which are pretty similar. The Z30X in particular has a cardioid pick up pattern and frequency response ranging from 30 Hz to 30 kHz, and I believe that this was one of the first microphones to extend to 30 kHz.

The Earthworks Z30X's are overall very impressive microphones. They have a pristine sound to them that isn't often found in your typical small diaphragm condenser microphones. I don't own an Earthworks Z30X myself, but I've used a set of them recently in a studio where I did a week long session. It's a studio that I don't normally work at, although I'd also used these microphones before in another studio. The application that I've used them for primarily is for capturing an acoustic piano. I used a set of these and placed them on opposite ends of the inside of a grand piano, and the result was truly stellar. You could hear all of the details of the piano as well as the other feel of the player. The only downfall of using a small diaphragm condenser on a grand piano in general is that since the capsules are pretty small you can either direct them to one place specifically, or bring them back a bit and give them some space, which is what I did. I've also used the Z30X's as drum overheads, but I think I like the latter application of the piano better in general. Don't get me wrong, they do pick up a great deal of clarity in most situations, but for whatever reason I wasn't the biggest fan of them on drum overheads. However, for other acoustic instrument applications they are terrific. The Earthworks Z30X's would make a great a great addition to any studio!
Did you find this review helpful?yesno
»