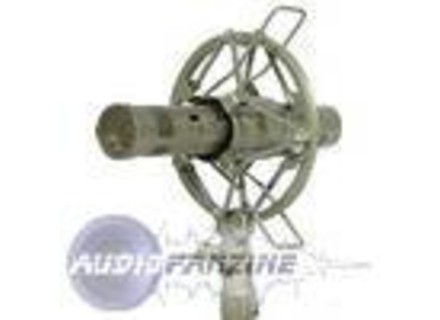 gma's review (This content has been automatically translated from French)

The T.bone SC-180
4
Micro static transistor cardio, comes with hanger. filter and-10dB cut down.
Deliv DNAS a nice briefcase mtal trs firm. Come on, it would be perfect with Others Classified capsules (omni, for example).

I use it for about 1 month.
It took me a while to make me die of a microphone. He and both surprised. I bought it for taking acoustic guitar essentiellemtn. I tried an audio technica AT4041 in the same type, otherwise I could compare it with large diaphragm mics. Finally, I also used a lot in back of my guitar amp o bluff Manir incredible. Dynamics and precision monstrous well appointment.
Good for making folk, it is dlicat place. It captures normment low and tends to fall out on these frequencies. I remember that &#39;silent laudio technica more sober and more prcis this level l. And using the low cut I feel a little cut his c. ..
So I learned the palces diffrent, gnralement a little further than usual. In making the above, to the bottom of the rose, about 40cm, it is really impressive against. One mug all the nuances of playing with precision without falling into the surgery, which ncessiterait an equalization too laborious work for me who has only the low-end preamp.
In short, it&#39;s a really incredible microphone for his fare, like the Others Classified T.bone. Its made for guitar amps is incredible and that&#39;s what I had taken the time to the lgre Exceeds dception of the beginning. I speak of course of the mono version, but &#39;no lentre.
If I had to buy a small capsule mciro for use SPECIFICATIONS, wait may be able to pay audiotechnica m or Oktava that good reputable. But since its made for guitar amps is better than an sm57 or audio technica, I keep it in and I finally aps regret my purchase. its price is really the best argument (79 euros!). But I think that taking a small microphone capsule, less versatile than a large diaphragm microphone, ncessite at least this budget, except for oh uen stereo pair or taking ambiance. But for a folk guitar, one is a large diaphragm that also serves for voice, or you put the budget you need. But the lower-end This category seems to me be a mistake.
I would like to test the microphone by curiosities such behringer home to see what they give from the MODEL. And my lack of experience and knowledge of this type of microphone that my opinion is mixed and doubtful, even if I am satisfied with the minutes of the microphone situation. But really judge its quality relative prices is difficult. I put 7 becaufe finally the sound is good trs.
EDIT!!

I was ready a Chinese copy of Oktava (those sold on thomann), which costs around 100 euros. What does surprise aps t am looking capsules that are rpesque identical design as well (except the pad of Oktava that screws on the preamp) and especially ... the sound .... Either I els ears is really screw up these two aps pickups are far from being identical. No point but incredible. Ms. dlicatesse of Palca, even raction on the folk guitar, the same for the resumption of amp. Capsuel is also the pot, something cens be the Oktava CHARACTERISTICS. The metal body is the same, the finish is identical treats (okay, no more). But the sound is super close, we do not find greater wealth on the one or the other. The grain is almost the same, in short, they must come from same factory and use al aps aml of stuff in common IMHO.
The friend who lent me the tape Oktava Has all his Oktava has cost more than the T.bone and has no suspention or suitcase (although given the rpatique the apparent fragility of the thing!). And also a real Oktava which, if prcis more and richer, even behaves al amnire that al copies. In TEWT blind, he felt the diffrence, but according to el Palca, t he could not (and neither do I) A model to recognize either. They are so we feel especially peud iffrents els Difference of position or game, but no grain. The Oktava seems to be true above, I give it a try, but it is possible at aps.
So I put a 8 to 7 becaufe scene is finally for 89 euros a copy of Oktava super efficient and has the same behavior gnral (many absses, directivity damn good, nice and grain easy mix, although Submitted wealth. What I thought was a "default", ie al the difficulty by placing an audio technica rapprot, is actually a common thing on this type of micro (but I did not know, period!).
So that&#39;s a good plan. Oktava a copy that does not hurt since it is Oktava aps the infringement and are cheaper. Not identical but not so good ....