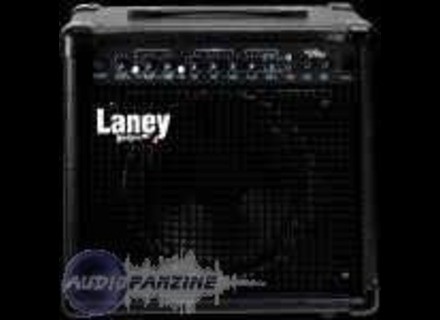 yanic's review (This content has been automatically translated from French)

- The configuration is it simple? Rglage simple configure with clear sound and crunch.
- Gets it easy to sound good? Clear sound okay but not great, same for the distortion pedals will be a welcome (JH-1, DS 2 Turbo)
- The manual is clear and sufficient? ... Yep!

- Is it your style of music? coinvient for style: rock, pop / rock, punk ...
- With what (s) guitar (s) / low (s) or effect (s) do you play? Cort G + SERIES effect: JH-1 (Marshall Ditorsion)
- What kind of sound you get and with what rglages ("crystalline", "bold ",....)? This amp should trs well as First Prev amp for beginners electric guitar discovering that it provides good sound the ear of a beginners, for a distortion p dale is prfrable ...
I play it for two and a half years, but I must be the change, because I "saturates", without pedals, the distortion is really dirty, it's hard to hear and j'vite the trigger ...
But as said, this amp for beginners than enough, it allows a lot of rglage and allows discovering diffrent effect (Dsp Fx)

This amp should trs good for beginners.
It provides a clear and correct a distortion drinking.
REPRESENTATIVES it a good qualitprix.
Did you find this review helpful?yesno
»

Thaux's review (This content has been automatically translated from French)

The equalizer is mainly there for show
The settings are not obvious the sound is much the same right that is plain, in crunch poop, poop in the very distal
The effects are pretty cool however
Not in possession of the manual I am not taking the above

I became allergic to the sound of this amp with time, I do not like the clear sound that lacks personality and the disto ... buy a pedal or is poverty
I play on an entry level guitar with a good value for money (Ibanez EXR 170) is far from it over the top but to have tested other amp in the same price range I think to say that the bad sound coming from the amp and not scratched.
I play mostly old rock (Led Zep, AC / DC ...) and with relatively low distortion, but it goes further it gets really rough and inaudible when you push a few adjustments. The effects are nice but not well agree with the sound of the amp is really bad. In his clear is slamming too too serious and difficult to change anything with the damn settings. In crunch / distortion is cold, the highs are muffled. In the short sounds are not much appreciate.

I use it for 4 months
I do not like the sound, I like most I'm still looking ... I am not a fan of the style effects flanger / chorus, bordering a wah wah would have been nice but
This is my first amp was actually my sister has therefore no model tested previously. It seems to me that it is in 200euros. I tried various amps in this price range (roland cube, vox AD15VT, Hughes & Kettner blue ...) and all the points they bury the laney, some even offer a good sound distortion short I recommend this choice are many better for the same price. Even at the aesthetic level I find a laney mxd30 ugly side of competition: p I'm hard on the notes but hey I think the previous opinion did not reflect the quality of this amp probably correct with a good pedal, but good when you can have 10 times better for the same price with the competition ...

I think soon invest in a Vox AD15, at least the sound and quality are the
Did you find this review helpful?yesno
»

skinless77's review (This content has been automatically translated from French)

Very simple configuration, no problem on this
This gives a good sound in terms of clean but once you put some treble gain are suppressed, are becoming dirty.
The effects are very good on the other hand and I do not plaind.
The manual is clear

This amp is not suitable to my style is metal: You need a pedal for distortion (I have a BOSS MD2 characters who spits a bottom but nothing to do with the amp)
I play with an ibanez RG370 DXL
I can get pretty good clean sound, the sound is still more very nice once you put the gain. The gain is imperative to avoid.
I like the clean sound of the amp and the reverb effect, chorus. But the gain is really bad

I use it for a year and a half
I like its clean sound, I do not like its sound distortion
I had tried an Ibanez 10W before (that is, by the way was the worst amp that is) and I regret not having tried others.
Value for money, too expensive for its price ... I had a € 280 with 20% and it is still too expensive.
I would do probably do not have that choice
Did you find this review helpful?yesno
»