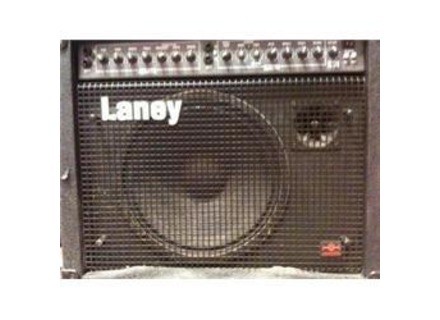 Laney GC50A
4
The Laney GC50A is a guitar amplifier for both acoustic and electric instruments. It's a unique amp as it actually has two separate channels for acoustic and electric guitar. The amp has a single 12" speaker and I believe it has 50 watts of power. It has two 1/4" inputs for each of the two channels on the front panel, while in the back it has further connections for foot switches, direct input, a headphone jack, and send and return connections for a loop. The amp is a solid state amplifier.

It's not too hard to manipulate the Laney GC50A, although it does have a good amount of controls. The acoustic channel gives you knobs for gain, bass, middle, and treble, and a feedback filter that has parameters for frequency and depth, while there is also a separate control for reverb. The electric channel has parameters for gain, drive, level, bass, middle, treble, and reverb. Both are pretty easy to use but still offer up a nice array of controls. Lastly, there is a button to engage the high frequency driver, and buttons for turning on the reverb and the channels. The manual should be able to answer any and all questions you might have about this amp.

The sound of the Laney GC50A is about average. It's nothing that's going to blow you away but will get the job done for both acoustic and electric guitar in smaller settings. It can get loud enough for most applications, but isn't loud enough to full a larger venue at all. It's best for practicing, small venues, and use in the studio. The studio I work at has one of these, but it would definitely be the last amp off the shelf and I've personally never seen it used for a session. Where I've used it has been for a small band's show right inside the studio, where it did a pretty okay job for both acoustic and clean electric guitar.

While the Laney GC50A is a viable options for practicing and other small venues, it's not the best overall amplifier in the world. I wouldn't use it much for recording but if you can find one on the cheap, it's definitely good for practicing since it gives you the two separate channels and a good amount of controls. It's only worth it if you can get one on the cheap, but those that are out there are most likely going to be pretty inexpensive...
Did you find this review helpful?yesno
»