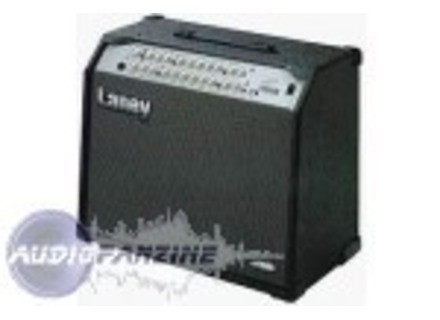 Nabuchodinausaure's review (This content has been automatically translated from French)

Laney TF500M
5
Combo transistor with a lamp for the drive channel. 120w rms power. HP HH invader donations the Impedance is unfortunately not marked on the hp nor the manual. You can plug an extension, the total consideration to be Impedance more than 4 ohms. This is the same as the TF400 but with midi and more, as part of the coup also amplified the same as the TF800 head.
4 channels: clean, crunch, drive, boost (resume the drive channel with more potato)
clean / crunch and drive / boost share a three-band EQ, have a rglage rverb and rglage effect them (because there are two effects loops, but we can not use that for all sounds). Clean boost two: medium and bright. Drive and Boost have a very effective enhancer that makes the medium rather dig and move towards a modern sound mtal. Crunch and drive / have a boost function vibe simulating a stack (his + Resser tell us) I used one time but I put it over (it's neither good nor bad, it's DIFFERENT ). 1 volume per channel.
The M's name means noon, you can contrl, a pdalier afternoon not provided both the effects of an external midi rack and channels of the amp. ie move from one click of clean + chorus + flanger crunh, drive + delay ...
line output, headphone. Footswitch for the 4 channels + reverb provided.
So many rglages. All in a solid box with knobs that inspire confidence.

The manual is clearly insufficient, all the amps TF series (tube fusion) as above together with information is added to each other but too brief Manir. Only the portion south is well explained.
For the rest it is a basic combo, nothing extraordianaire. The large number of rglages allows for a lot of sounds, and spend a little more time on it, but when you want a sound, I think that was not a problem ...

Before I TF500M the Marshall JTM 30 all-tube. Grain distortion very warm but not a lot of versatility and drive channel not advisable for all guitars. With a light, the sound of Laney is necessarly cooler, but more readily accepted DIFFERENT guitars, and it is a very good rock but clearly bestiau.Typ VERY versatile in this area, few 4 channel amps boarded, no need to add pedals to boost or heavy distortion. I'm hairy rock, Laney and what convinced me by his niak. 600 in 2004, is already priced some, especially of almost any transistor, but no regrets. And the higher up the watts, the more qualities stand out. I plugged in a 4x12 Marshall 1960 and a straight face, on this same forum he held a head high dusting JCM 2000 TSL 1200! I would say even he had more potato, not necessarily a better sound (DIFFERENT actually) but something that I feel when I listen to The Hives, for example (and Tick tick tick .. BOOM! " in your face "lol). While the 4x12 is a 1x12 but cumbersome (eg the 1912), I think I'll offer him soon.

Soon, five years of loyal service. Do not say it's rock and Laney TF500M droge do not rule. If I have to change it would be for an amp or a head that brings the same versatility with the same punch, but with the heat lamp and more grain. But again 4 channels, it is very rare ... The series of TF did not think I had particularly successful and is no longer manufactured. I guess the price for a transistor in the dcourager some, but I believe that nvrose the "lamp if you do not have any of his" ASVI. It's a shame for TF, but it bonnard for occasions when you see one, try it, I do not see how you could be owed.
Did you find this review helpful?yesno
»