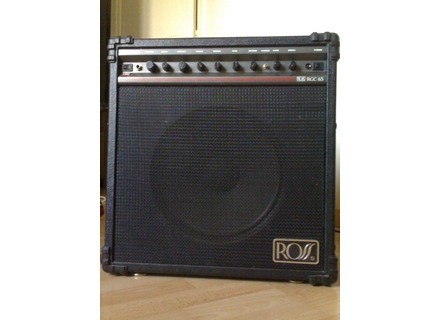 malkavian's review (This content has been automatically translated from French)

2 channels, Clean and Blaster (Overdrive to say everything ^ ^)
The effects are Reverb and Chorus

In faitn 10 because I put on paper, there is everything you need

Setup is simple, no chi-chi, turn a knob has changed the sound without problem.
As for getting a good sound ... I will not be as optimistic.

So it's a sense amplifier that is versatile and should be trs suit every style ...
Unfortunately the default which prevents large to have a good sound, is that all you can get it is soft, but incomparable softness. Ms. my first amp has more potato.

Now I've never tried it on with a cab or another HP.
Perhaps would it be in the spot.

Finally, it is an antique that's sorely lacking, potato, yet it has good RPTES shoots well.

It was purchased in 1993 (if I remember even in the 2000 Frs.
In the era it a silent branch Aria Pro II Mad Axe.
The two conjugus this n'tait not the top for sound and to progress. I think that's what I dmotiv the era.

When I recommenced I bought a Classic 30 and from the Ross is alone in his corner.
Well I think c'tait a super versatile amp but it has not had a drop of Personal and gouache he would MRIT