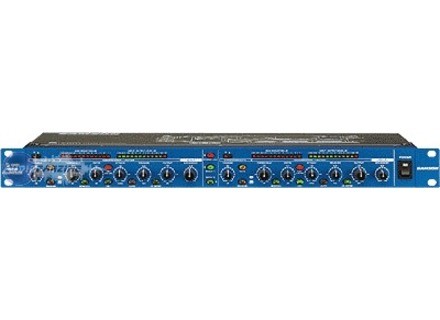 Cedar's review (This content has been automatically translated from French)

Samson Technologies S-com
3
All the basic characteristics of a stro compressor, plus some fantasies.

Honest for that price range.

Well OK it's not the compressor of the century, there is not any evidence of precision, but for the price (150 euros nine) was happening.

I use it to give a little potato supplment my MFB Kult (bote rhythms that I love but has a small sound, poor ...) and did his job with a relative neutrality for the price. But let's be clear, look no rgages extreme close-violent style pumping, S Com is unable (here comes a rather small pumping effete if pushed in this direction ) .dropoff window

Personally I find the breath that was not as lev (as one does not rgle the output beyond 3-4 hours anyway). And if despite everything you find it too Introduced there is always the built-gate to remove it. And yes.
Because unlike what Numlogique said (who likes to play the guy apparently svre or so which is fallen on a bad series) this noise gate is very effective, and the attack is relatively well unspoilt (remember that we are in the low-end UTRA).

In conclusion, the low-end easy to access, complete and, if we apply the moderates rglages, is doing quite honestly.
Did you find this review helpful?yesno
»

collectornorm's review (This content has been automatically translated from French)

Easy to use: c compressor

The same defects as Berhinger: Attack of the compressor imprecations, are of poor quality pramp

I use it for 2 years
I think it is better to take the Berhinger, c c is cheaper a little better
However, it still better to save a little more to buy a compressor is worthy to name
Did you find this review helpful?yesno
»

JoneSmice's review (This content has been automatically translated from French)

It is used as almost all compressors in the world ...

The gate is far from effective.

The treatment is approximate ... My sound is one of those is getting old when that stuff happens in there ...
It looks like an old compressor freeware poor quality!

I was looking for an entry-level compressor to compress a little voice in concert or on the slopes-control, nothing more ...
It is rather the low end.

I had a Behringer MDX2600 before and the verdict is the same: neither has spent over 20 minutes of testing.
I tend to trust that Samson was able to make their products acceptable price (S-direct or Hartke bass amps) but now very disappointed ...
Too bad, I'll sell it and buy a good product (BBE MaxCom)

Simple configuration, just spend 5 minutes to 30 minutes to experiment qq'un qq'un for which it served jamma of a compressor, manual clearly not overload reads alone.

Ffective sound quality for this price, this is not the DBX but it's not the same price, opposite the trs concurence it behaves well.
I use it for a bass drum and bass ..... I insert account to take another two songs.
It is working if the rglage adapt the instrument is assigned.
I put 8 in the ratio quality price.

Used depuis6 months, no problem. In addition there have a good look!
look, discretion ..... maybe its too ct ...
so I judge the quality price ratio, because there is a lot better on the market but bon....2/3/4 times more ...
experience with the remake that choice I saw my configuration PA ..... AC is in the same range .....
Well, the day I have an acoustic sound is in L I turn!
but I have yet to win the lottery so I did with ...
Did you find this review helpful?yesno
»
Read the 9 user reviews on the Samson Technologies S-com »