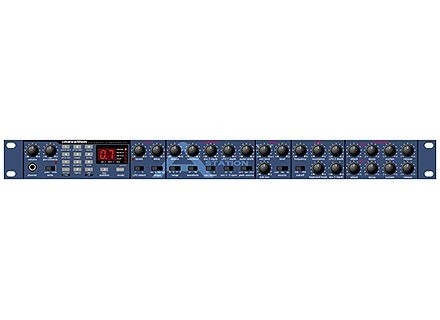 Novation A-Station
5
Plenty of features, aside from maybe a couple more types of filters (only has LP), it is sufficient feature wise.

Pretty easy to use, soooo many knobs that it's tweakability is through the roof! Manual is so-so (bout a 6).

Haven't needed cust suppport yet, which IMO is a good thing. Definitely great for a gig. The buttons seem sturdy as does the whole rig.

Great sound, really fattttttt. FX are really user friendly and have a ton of room for tweaking.

Love it, a centerpeice of any Trance, Ambient, like style studios.

Novation A-Station
5
Has some killer features for a box in its price range. I'd like more filter types, though. The filter resonance gain adjustment is really nice - it won't help you model an oberheim or whatever, but it'll give you soem flexibility in how your resonance works. The basic FM makes for some nice effects, but it's a little wonky to use.

Has lots of knobs. Many things are easy to grab and tweak in realtime. But...the rest of it is screwy. They crammed a lot of parameters into a 1U rack, so most knobs are dual-purpose and require you to flip a teeeny switch to adjust the otehr parameters. They tiny keypad isn't all that helpful either. And bafflingly, they have a 2-char LED display when most parameters have 0-127 values (and the patch bank numbers are 3-digit). It can be confusing if you don't know if you're on patch 136 or 236, or if your cutoff is at 120 or 20. The manual is...eh. It's like most manuals.

It's a dense little box. It's bult pretty solid. I don't gig with it though, so I can't judge that.

Very beefy sound. The leads cut through a mix really well, and the basses can shake a room. The effects section is, predictably, a bit weak. Kill the effects and use something built for it.

Love. Love love. It's supplanted most of my other VA's in the studio. Just that warm squishy sound it has - really really nice.

The main comment that I'd like to make (that hasn't already be made a 100 times before) is that the A-Station's sound has a good *neutral* quality to it that makes it difficult to identify in a song which IMO is a good thing. This makes it a good &quot;go-to&quot; synth for standard synth sounds that won't distract from a song with their own sonic quirks/sonic signature. In other words, years from now people won't listen to a song with the A-Station in it and immediately say &quot;Oh, that's obviously a &quot;.....&quot; e.g. D-50 or DX7 or Mini Moog or Oberheim...etc.

The Novation A-Station was my first &quot;real&quot; synth (bought in April of 2002). I've since bought and sold too much gear to list but when all is said and done, the A-station is still one of my my favorite VAs.

fab93's review (This content has been automatically translated from French)

Novation A-Station
4
Hi all I am happy owner of this little wonder, therefore I will not voil m'tendre on the characteristics that are dj Policy Forward,

just if you want to acquire an analog without ruining you take it there
you have a synth, vocoder effects galore + and sounds of hell: I who shut born n the lead I have my jacket retourn certe n lead're a little more direct ds designing a but fo add another synth because you lack something when the station has little alone suffice you

ps: I'm not a pro synthesis

There fo a hyeroglif court but is very fast 1 / 4h

super good report whlch price /
Did you find this review helpful?yesno
»
Read the 11 user reviews on the Novation A-Station »

See all 160 photos of Novation A-Station »

View all 6 videos of Novation A-Station »

Novation A-Station manuals and other files

Other names: a station, astation