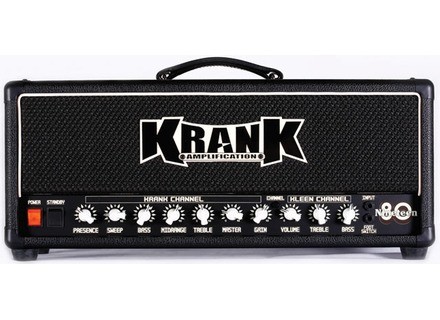 Configuration very simple, no need for manual, anyway it is not provided. Anyone knows how to use a tube amp can use this amp is like a bicycle: saddle hop sweetie.

This gives a good high-gain sound provided fiddling long enough buttons sweep / midrange. Acts as an equa Sweep and midrange tone like to summarize without going into details.

I am a kind of garage Rock the Stooges, it's a sound not very modern but very roots. It is wholesale Hives Datsuns. Training is a standard powertrio, my colleagues should be in a insane asylum normally.

After groping my buttons sweep / midrange, I did most affected now for 3 months.

I play with a SG Faded that I moved the handle towards the bridge humbucker to replace it with a P90. For the effects is that the loop: Wawah, Phasor, Flange.

The clean channel is pretty bad I think. Very round. Fortunately I am not use too often ... But this is a worse that I could try so far.

Saturated channel then ... I found the Holy Grail. I played a lot of amps, Vox AC30, Marshall, I own or have owned a Ashdonw / Blackheart. This amp is closest to the Vox, but meaner. I tried the Krank Revolution, but I did not like, too dirty, too Metaal

The sustain is impressive. Even at high saturation, it remains clear and distinct, and above all it not bleed at all. It's still very straight.

They attack the strings or uppercut that launches the agreements, the sound is very balanced, no tonal range comes from the other room. With the impression of a Vox nitroglycerin. No need to tone the presence or fully to agree, as with amps worse.

It pierces the mix very harmonious, the sweep can well determine to what frequency you want to go. The game is powerful, generous, present and very distinct, even at large saturations.

Saturation is close to the orange, but I would say less runny. I fucked him a 4x12 Blackheart below, the 4 green hill-back suits him perfectly.

I put 10 not because of its clear.

I have since January. Before I tried / owned so Vox AC30, Marshall I know what, MusicMan, Ashdonw, Blackheart. Always lamp with rare exceptions (either preamp or amp in).

What I like most is his punch and color of his sound. This is an amp that has roots to Yechi metalheads.

I could have it in stock in trade, otherwise I could never pay me this stuff, found elsewhere in Europe.

Need to redo this choice, I'll bury with my amp search is completed.
Did you find this review helpful?yesno
»