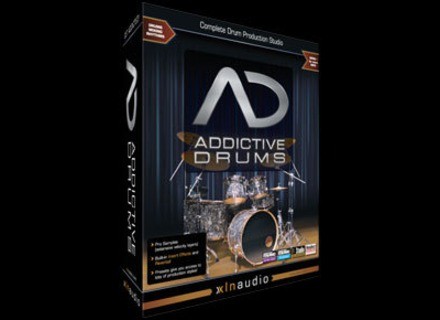 XLN Audio Funk AD Pak for Addictive Drums
5
The funk ad pack for XLN Audio's beautifully simple and easy to use program, Addictive Drums, is exactly what the name of the thing says it is. It is a bunch of tight drums that are made and tuned to funk. And although Addictive Drums, thanks to XLN's commitment to simple programs, is not a terribly customizable program, it scores big points with its presets. Presets are rarely what you want, but in the end, you find that they are at least close to what you want, and thus, you are able to tweak them to a certain degree. What is particularly nice about the funk kit is how many different presets come with it. This allows you to experiment with different sounds, and this makes this simple programs almost more inspirational than productive.

There is not a terribly load of variation in the actual drum sounds, but the funk drums are clean and tight, and oddly enough, explosive when you want them to be. Remember the presets. The presets are incredibly useful for getting an idea of what you may want from a drum kit, so in and of themselves, I can simply say that the sound quality of these drums can get very life like when you work with them enough. And anyone who does not want to try working with drums especially when they are programming MIDI is probably a little bit too impatient for audio production.

In the end, the funk pack is just another addition to the line of XLN Audio's Addictive Drums program, and although they are labeled as funk, a genre I personally do not really indulge in, I find their general cleanliness to be more than enough for many other applications, like faster jazz inspired music. Give these a shot! See if you do not like them.
Did you find this review helpful?yesno
»

Published on 11/20/09
XLN Audio has updated Addictive Drums to v1.5.1 and announced the Funk AD Pak for Addictive Drums, focusing on contemporary funk beats and sounds.