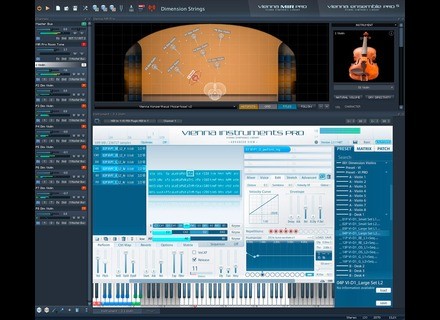 The main advantage of the Dimension Strings, is that I can playing brutally forced fortissimo sound with short articulations that is key feature in fundamental principles of modern orchestration.


Why are they involved long time (4 years) with Dimension Strings?

VSL has invested a lot of effort to address these issues.

Hesam Seyed Mousavi
Did you find this review helpful?yesno
»

Published on 11/03/14
In November, VSL offers a 25% discount off its strings sample libraries/.

Gifts at VSL in March

The Vienna Dimension Strings Violas are out

Other categories in Virtual strings